Movie sequels have become a trend in Bollywood nowadays. From the stars like Salman Khan to Aamir Khan, everyone in the industry is following this trend. Seems like one more blockbuster movie, 3 idiots is expected to go on the floors soon!

Yes, the news is true and we have the evidence. Read more to know about it.

The rumor about 3 idiots return is grabbing the attention of media. As per our sources, the news will be official soon. Rajkumar Hirani and Aamir Khan have also indicated the same. They will collaborate again for the sequel of 3 idiots. 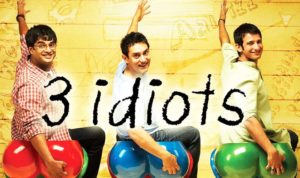 Once a movie becomes successful on the box office, people start waiting for its next part. But the craze for 3 Idiots sequel is even more as the original story has a huge fan following and was a big success.

3 Idiots, directed by Rajkumar Hirani, is a classic. Released in 2009, It was a big hit on box office. Since then, there has always been some rumor about its sequel coming up.
The movie is a satire about social pressure in the Indian education system. It is entertaining, inspiring and left an imprint in the mind of people.

Not just in India, it was appreciated in some other countries as well like China, Japan and won various awards. Along with the great commercial success, it was able to impress critics as well.

Since 2009, the huge fan following of 3 idiots is waiting since long to see the same elements of the former movie in a different story line.

Confirmation by the Director :- Back in 2016, during an interview, Aamir Khan confirmed that he is willing to work in the sequel of 3 idiots whenever the director is ready with the script.

Recently, while promoting his movie Sanju, Rajkumar Hirani himself confirmed that he has started working on the script already with Abhijeet Joshi (Co-writer). He further said that currently, he is working on Munnabhai 3. Once it will be finished, 3 idiots sequel might start taking shape.

Though things are not official yet, we got the hint that the work on 3 idiots sequel will begin very soon.

Aamir Khan played the main lead in the movie which is expected to be the same in the sequel as well. R. Madhavan and Sharman

Joshi are all also expected in the sequel. About other star casts, it has not been confirmed yet.

Release Date :- Although we are all waiting since long, as said earlier by Hirani, the plot is at a very initial stage. So, it will take a while (maybe a year or two) for it to be released. Reportedly it might be released in 2020 but there is no official news as of now.
Still, the confirmation itself is a great news for the fans.

Expectations are already high as the former was a huge success. We really hope that the sequel will be equally entertaining, successful and repeat the history. One punch man season 2 plot, it was the most trending show in 2016. We are eagerly waiting…
byZaheer

No Game No Life Season 2, it is the most popular animation series in the whole world. The…
byZaheer