The Top 4 Legal Challenges in the Video Game Industry

Video games are a big deal. Globally, the industry is worth around $155 billion in 2020 – a figure that’s projected to rise to $200 billion by 2023. That’s more than film and television put together. Driving this rise is not the release of high-tech new consoles and graphics cards, but microtransactions. Free to Play games, which generate revenue through in-game purchases, are likely to become the norm rather than the exception, particularly in the world of mobile gaming.

With so much money on the line, and much of it reliant on art, storytelling and code rather than the machinery itself, the industry is one where legal matters are vitally important. Let’s take a look at four areas of law that the industry must grapple with.

A company like Nintendo simply wouldn’t be viable if any start-up developer were free to make their own Mario or Zelda game. Nintendo this year took legal action against Switch hackers who had successfully sold software to play pirated versions of its game. The company sought $2,500 for every violation enabled by the hackers, with a view to sending a strong message to those who might emulate them.

Other issues might arise from image rights for licenced properties. For example, every year EA pay large amounts of money to obtain licences to use real clubs and players in their Madden and FIFA games. Similarly, music cannot be simply dropped into a game without legal permission – rights and clearances will need to be sought.

If you’re asking gamers to sign up to a service, then you’ll need to ensure that their data is adequately protected while you’re storing it. In Europe, the General Data Protection Regulation allows individuals to take action against organisations that have violated their right to privacy by not adequately securing data. This places the onus firmly on providers to not only keep data secure, but to be transparent about the methods via which this is achieved. Technologically-savvy legal representation, such as that provided by Withers, will help companies to not only defend themselves in such cases, but prevent them from arising in the first place.

Back in 2017, a Sunday Times investigation revealed that gambling software developers were deliberately targeting children with their favourite cartoon characters. This attracted widespread concern, but there are more mainstream video games which employ ‘loot boxes’ – basically bits of code that dispense in-game rewards at random in return for real-world money. Certain countries, like Belgium, have already banned this practice. In the UK, a public consultation is ongoing, following which legislation may be forthcoming. Video game creators who rely on these mechanics might find themselves having to retreat into a legal safe-ground.

The way in which games are advertised is also a matter of legal concern. The age rating system, PEGI (that’s Pan European Game Information) requires that the age requirement be displayed prominently. In the UK, PEGI ratings have been legally enforceable since 2012. 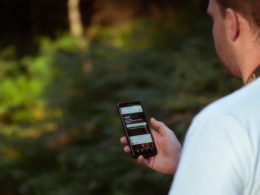 Why We Love This Case for Samsung S20 (And You Should, Too!)

There are a lot of different cases for your Samsung Galaxy S20 available right now. Samsung is making…
byZaheer