6 Prominent People That Are Born In Germany

Located in Western Europe, Germany is a country that is rich in traditions, cultures, and historical facts. But in case you don’t know yet, Germany is also known as the land of the great thinkers and poets. There are a lot of Germans who greatly influenced the world and how we live today. We are pretty sure that you have heard some of the people that we are going to mention in this article. So without further ado, here are some German historical figures who helped in shaping the world.

There are a lot of Germany facts that you should know. This includes iconic personalities such as Beethoven. Born in the city of Bonn in 1770, Ludwig van Beethoven is a famous pianist and composer. Some of his famous works are Fur Elise, Fidelio, and A Song of Joy. You have probably heard about him in one of your music classes. During his early years, he spent most of his childhood in his hometown. His father was his first music teacher when he was young. A prominent figure in the transitional period between the classical and romantic eras, Beethoven’s works were inspired by nationalism and humanism.

One unfortunate fact about the maestro is he went deaf in the latter years of his career. In fact, during his 9th Symphony Concierto, Beethoven had to turn around to see the audience cheering since he can’t hear their applause. But what is more impressive is that some of his best works are created during the last ten years of his life, when he went completely deaf. Though he died at the age of 56, his music is immortalized and transcends all generations.

One of the famous scientists around the globe hails from Germany as well. Born in 1879, Albert Einstein is from Ulm, Germany. He developed the theory of relativity, the theory of stimulated emission, the law of the photoelectric effect, and the fluctuation-dissipation theorem. Of course, we still benefit from his discoveries now. He never actually took the IQ level test, but some experts would say that his IQ level is 160. Though he made contributions in the field of science and mathematics, Einstein is not the smartest person to ever live.

At the age of 16, he renounced his German citizenship since he didn’t believe in the concept of citizenship. For him, it was too restrictive, and prefers to be called a citizen of the world. Einstein was also a civil rights activist during his time. He migrated to the US before World War II happened.

Famous for her diary, Anne Frank was a prominent figure of the second world war. Anne Frank was born in 1929 in Frankfurt, Germany. In 1942, Anne Frank and her family had to flee to Amsterdam to escape the Nazis. During her stay at the secret annex, Anne documented their day-to-day life as a coping mechanism. She spent two birthdays in hiding. Unfortunately, the people in the secret annex were arrested in 1944. Anne Frank was separated from her mother and father. Anne, together with her sister, was brought to the Bergen-Belsen concentration camp where they did labor. At the age of 15 years old, Anne and her sister died because of disease. A few weeks before the liberation of the camp.

In 1947, Anne’s diary was first published. She wrote two versions of her diary, but some experts believe that other volumes went missing.

Known as one of the most influential philosophers in the world, Immanuel Kant was born in 1724 in Königsberg. He was born in the Enlightenment era and helped in shaping a new era in the development of philosophical thought. At the age of eight, he started studying in a Latin school that started his love for Latin. Though he was a theology student during his college years, he was also fascinated by mathematics and science. One philosophical thought that he claims is that reason is the foundation of concepts and principles. He also made great influence over Kantianism and idealism.

Charles Bukowski is a German poet born in 1920 in Ardenach. Due to his traumatic childhood, Bukowski has a hard time being around people. He wrote a series of poems, short stories, and novels that depict man’s vulnerability. His works are semi-autobiographical and were rooted in his alcoholism. Though he is now a well-known writer, he started his career in his later years. Most of his famous works were recognized and published in 1970. Before, he used to get to survive on one candy a day to get by.

He also developed a literary alter ego named Henry Chinaski. He is mainly the protagonist of most of Bukowski’s works. Some of his works are Women, Flower, Notes of A Dirty Old Man, and Hollywood. He even went for screenplay writing for the film Barfly. Just like his other works, the movie is also semi-autobiographical.

During the Nazi occupation, many students became activists and fought for liberation. One of them is Sophie Scholl. Born in Forchtenberg, Germany, in 1921, Sophie Scholl is a German anti-Nazi activist and a member of the pacifist resistance group, White Rose. But before she became a member, she was a Nazi enthusiast. However, she and her brothers soon realized that their faith was not in line with the Nazi’s vision. Hence, they became converts.

As part of the propaganda of White Rose, Sophie Scholl and her brothers participated in distributing leaflets that criticizes the Nazis and the current government. They tossed hundreds of leaflets around their school, the University of Munich. Because of the act, they were sentenced to execution by guillotine. Sophie Scholl and his brother Hans were executed in 1943.

There you have it! These are some of the prominent figures hailing from Germany. It is no secret that Germans helped in shaping philosophy, theology, arts, music, culture, civilization, and politics around the world. 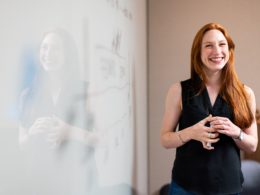 What To Look For In An Online French Tutor

Finding the perfect instructor to teach you French, requires careful consideration into the logistics of French-speaking. Not every…
byDanish 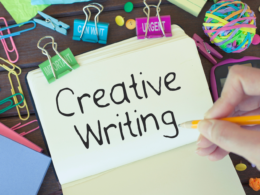 Let Your Kids Be Word Wizards With Creative Writing Classes

Every child is blessed with a distinct capability of performing activities. Different activities have different demands, and when…
byDanish 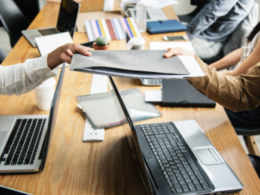 Should students really hold jobs while in high schools? Do the advantages of being employed overweighs its drawbacks?…
byDanish 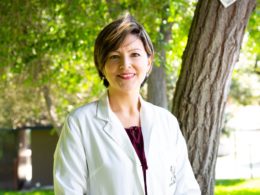