Honor 10 was launched with a hope to quench the thirst of the people who were looking for a nice bargain phone with much tech and style. It all was delivered and we hope to see a better phone in the form of honor 11.

There are not any rumors of honor 11 and that won’t come as a surprise given that the latest phone was launched off-late in mid-April. However, we can expect that the phone could be launched anywhere between April 2019. That said, the honor 9 was launched in June 2017, so the best guess could be in mid-2019, if not April.

So, what we should expect from the creators of this exuberant phone? We will cut to the chase and enlighten what they should actually bring in to satisfy our requirements.

READ  All Big Banks to Have Exposure to Bitcoin: Acclaimed Investor Bill Miller 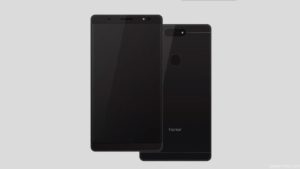 The only thing that it lacks is having IP67 or IP68 (A mechanical, electrical, dust, water resistance casing but mostly bought for water resistance). The latest phone incorporates all the high-end features but water resistance. Coupled with its gigantic glass build makes it more vulnerable phone, even if we don’t get too many design changes we would at least like the phone to get wet.

Although the phone supports fast charging the one area where honor phones lack is wireless charging.

We know the absence of it was a cost saving measure and we appreciate it, but by any chance if they somehow manage to get the wireless charging on the phone then it will be an icing on the cake for us.

READ  History of Land Cruiser and the Middle East

The 10’s battery lasts for a day and that’s nothing special given each and every phone comes with that standard. If honor 11 could deliver battery life anywhere around 2 days then it would all make the difference. We would not have to be all tensed up even when we forget to plug in for charging at night.

A faster and triplet camera

The honor 10 has a fairly capable dual-lens camera, but it takes all the time in the world to start up. The snapping is fast as it enters into the app, however, missing a fleeting opportunity, so we want it to be fixed for honor 11.

READ  How to Optimize Your Wi-Fi Setup for 2021

If all of the aforementioned points are met then there would not be any phone with that much tech in a bargain that honor offers.

How to Tell If a VPN Really Protects Your Privacy?

Bypassing geo-blocks is probably the main reason why people use VPNs. But let’s face it – enjoying real…
byDinesh Kumar VM Use PowerPoint Templates to Make Remote Presentations Work For You

The pandemic has affected the business world gravely. Salespeople, entrepreneurs, and business professionals have been forced to make…
byZaheer