We have recently got a big update on Warner Brothers’ upcoming movie Mowgli: Legend of the Jungle. After getting postponed several times, the movie finally got a release date.

The movie is about a human kid Mowgli who is raised by the animals in a jungle of India. Mowgli is the Main character of Rudyard Kipling’s The Jungle Book Stories. He will learn to survive in the jungle with the help of his companions, Baloo the bear and a Panther named Bagheera. It is a live action movie of Mowgli’s adventures. 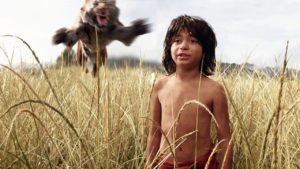 1 week ago, Netflix has released the second trailer of Mowgli: Legend of the Jungle. The trailer implied a face-off between humans and animals of the jungle. Also, the trailer shows that Warner Bros. have presented a darker version of the movie which released by the competitor Disney in 2016.

Star cast: – The movie is already in the hype because of the big names in star cast. The movie stars Arohan Chand as Mowgli, Matthew Rhys as John Lockwood and Freida Pinto who might be playing the role of Mowgli’s adoptive mother.

Some stars will be giving voice and doing motion capture for the role of animals in the movie. Christian Bale is playing the role of Bagheera. Benedict Cumberbatch is Sher Khan. Kaa, the python will be played by Cate Blanchett.

Andy Serkis, the director of the movie will also be playing one of the main characters, Baloo.

Development: – Announced in 2012, The movie will be a live-action adaptation of Rudyard Kipling Jungle book stories by Warner Brothers. After approaching several directors, finally, Andy Serkis who is also playing the role of Baloo, the bear in the movie was finalized as a director in 2014 followed by the producer Steve Cloves. In 2015, the star cast was finalized, and the shooting had been started in South Africa and Warner Brothers studio in England. Due to some reasons the movie was not released and had been postponed to be released in 2018. In July 2018, Warner Brothers sold the movie rights to Netflix. It will still be released in a few selective theaters though.

What to expect: – According to the director, the movie is amazing and it will be a great surprise for the audience. It will be very different than what people are expecting it to be.

He further said that he wanted to follow the tone of the book closely. The movie will show some real action with a darker approach of storytelling. There will be no singing and dancing by the animals in the movie. The overall theme of the movie revolves Mowgli and his adventures in the jungle.

Release Date: – The movie is supposed to be released on October 19, 2018. But recently Warner Bros. announced that they have sold the rights of the movie to Netflix. Obviously, Netflix must have paid a huge exchange amount.

Serkis stated that it will be beneficial that the movie is getting a worldwide release on Netflix. It is much darker than the other Jungle book movies. There will be some tough fight scenes in it. If it is shown in the theaters, it might not be suitable for children and a few scenes might be eliminated. On Netflix audience will get to see all the scenes without any cuts.

So, what do you think? Would you enjoy watching Mowgli on Netflix rather than theatres? Let us know your opinion in the comment section below. The world of Anime is massive, considering various levels of confusion, intricacies, happenings, actions and chaos. It depends…
byZaheer