All You Need To Know About Re Zero Season 3

When will Re Zero Season 3 release?

An official announcement has not been made yet about the release of “Re: Zero” Season 3. The previous season, which was released in two parts, had been delayed because of COVID-19. As a result, it is hard to know when the producers of this show will finish their adaptation of it. Some people predict that this show will be out as late as 2025, but this might not happen.

However, Sho Tanaka, one of the series’ producers, has alluded to the possibility of a Season 3 during a 2020 interview with Crunchyroll, saying, “I’m confident that you’ll all be clamoring for a third season once you’ve finished watching this one. Please look forward to it.” With that in mind, “Re: Zero” fans can sit comfortably knowing there’s a good chance that they’ll see a third season of the popular Isekai anime.

What is the plot of Re Zero Season 3?

Since Season 2 of “Re: Zero” only covered up to “Arc 4” of the original light novels, there is still plenty more “Re: Zero” left for White Fox to adapt. The most recent part of the story followed Subaru and Emilia as they tried to save people from a magic barrier.

Arc 5, where the anime is set to pick up, follows Subaru and his friends as they fight to unite the Royal Election Camps in Watergate City in order to defeat the Witch Cultists who have taken control. We are not sure if the anime is going to go on and adopt more of the story or stop at this part.

However, fans can be certain that Season 3 will include many of the story elements which define “Re: Zero.” In other words, “Re: Zero” will continue its long-held tradition of brutality and psychological torture, as Subaru’s Return By Death ability consistently proves itself to be both a blessing and a curse. The show’s details are being saved for it to come out.

Who will be starring in Re Zero Season 3?

A lot of people watch the show “Re: Zero” and it has a good cast. Subaru is voiced by Yûsuke Kobayashi, who voices Dr. Stone and Food Wars. He is voiced in English by Sean Chiplock (“The Legend of Zelda: Breath of the Wild,” “Pokemon: Detective Pikachu”).

While it is unlikely that Season 3 of “Re: Zero” would make any abrupt changes in cast or crew, fans can likely expect to hear some new voices as the series introduces new characters. Unfortunately, no official statements regarding Season 3’s cast have been made. In this case, fans will have to wait to see if any new cast decisions can be expected from “Re: Zero.”

What are reviews from critics on Re Zero Season 3?

Re Zero Season three is one of the highly anticipated series to be released this year. This article will talk about what Re: Zero seasons three might contain in terms of characters, storyline, and other details that are unknown as yet.

Rezero season two’s popularity leads a lot to anticipate its third installment but unfortunately, it did not live up to expectations. While opinions vary from person to person, some believe that Re: Zero has been steadily declining since the second season while others say they enjoyed Rezero more than ever! It appears Rezero season three will be a different Re: Zero to the anime fans are used to.

What To Expect From Season Three?

There is no information about any release date for Re Zero Season three as yet but there are speculations that it might come out this year or 2020. Fans who have watched the second season know that Subaru has saved Rem from death, thus creating a time paradox where he died twice because his actions created an alternate timeline with different events than before. There was also a Re Zero Season three trailer released recently, which confirmed that the third season will be out this year. 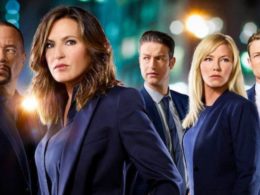 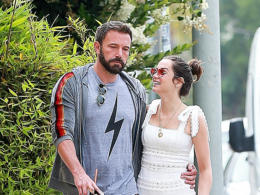 Ben Affleck and Ana De Armas looked so very cute together and recently, there came a news from…
byDanish 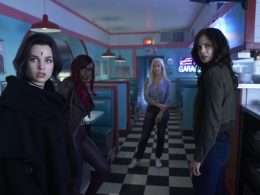 Savannah Welch Barbara In Titans Season 3: All The Information You Need

Savannah Welch Barbara is a fictional character in the popular TV series “Titans.” Savannah is portrayed by actress…
byNatalie Grace 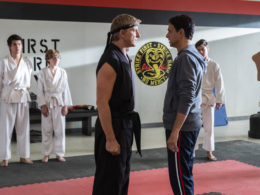