Allied Wallet stands to be a global leading provider of mainstream online payment processing. It has recently celebrated the grand opening of its new office in Beijing, China. The CEO celebrated the occasion of opening with hundreds of customers, fans, and partners. Allied Wallet China’s Beijing office recently opened with the motif to support the overwhelming demand of the region. There is no doubt about the fact that China has the world’s largest e-commerce market by transaction value. It also excelled in terms of online retail sales that have already been surpassing $1 Trillion annually. The E-marketer projects that China’s retail e-commerce sales will expand by 27.3%, and it would be reaching $1.935 Trillion in the year 2019, and thus China’s e-commerce sales will represent around 63.9% of total retail sales by the year 2023. Therefore, the graph has been portraying great estimates and if Allied Wallet continues to work likewise, it is sure to attend great heights very soon. The efforts of the Allied Wallet team members and their innovative ideas would definitely bring colors.

Allied Wallet strives to support Chinese businesses. With the idea of expanding on a global scale, Allied Wallet has done it absolutely right by capturing the global market, and China stands to be one of the biggest leaders in the category. The firm already supports payments with some of China’s biggest platforms including that of the AliPay which has over 520,000,000 users as well as that of WeChat Pay which has over 900,000,000 monthly users.

Allied Wallet, the online payment giant, already accepts China UnionPay. It is accepted by over 41 million merchants around the world and thus, is regarded as the world’s largest payment card issuer. I t has already issued over 6 billion cards in its domestic market.

CEO Ahmad Khawaja of Allied Wallet personally attended the grand opening celebration. He has always believed in unity, and that is something that he does not only preach, but he also practices the same. He stood next to the 150 new employees who are currently working in the Allied Wallet, Beijing office.

Dr. Ahmad Khawaja said that China is full of new opportunities and huge growth potential. He further says that the wages in China are quickly and widely increasing over the years. The people are gradually integrating online shopping into their daily lives. Also, there will be about 200 million new online shoppers in China by 2020 and Allied Wallet promises to support this growth and protect the growth of online payments. Allied Wallet is sure to be a part of this revolution.

Goldman Sachs stated that 75% of China’s 467 million online shoppers are urban millennial, who reside mostly in top-tier cities. As a result, the invasion of Allied Wallet can bring it huge records. Allied Wallet is expanding its global operation, celebrating the growth of e-commerce worldwide. Allied Wallet is undeniably a globally leading provider of online payment processing. It has also marked its positional…
byZaheer 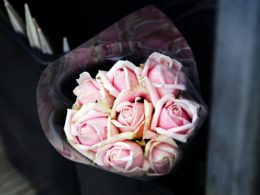 Have you heard of the latest rose craze? Say hello to roses in a box and the best…
byRadhe Gupta