Allied Wallet is certainly one of the most popular firms in the digital payments industry. The CEO is basically a global leading provider of online payment processing and he is successfully doing the business in the digital payments industry all across the world with more than 196 Nations all over the globe. Indeed, it is all because of his dedication and determination that he has been motivating the new and young minds to come into this journey. It could never have been possible for him to raise such a big empire without the efforts of the team as he have, and he had mentioned them in quite a lot of his speeches.

Recently, the CEO, Dr Ahmad Khawaja has released an article with Forbes and indeed that is going to inspire a lot of young minds to become such aspiring entrepreneurs who can come across, and start doing such amazing things in this sector. Certainly, he has got a lot of entrepreneurs who seem to be ignoring the significance of workplace culture and he made it very clear before one and all.

Dr Ahmad Khawaja has received quite a lot of honour from different big publications for his brilliant ideas and innovations that he has incorporated into the digital payments’ industry. He has made it very clear that it is important to have a strong command on the team to make sure that the members are giving their full efforts and making things happen in the right path. He is undoubtedly regarded as the owner of the multi-billion dollar payment services company with such hundreds of top class publishes and widely read magazines. Besides, he has titled the Forbes article as the “Four Ways CEOs can build a more positive Workplace.” Through this post, he has highlighted the key ideas to achieve success and this is definitely going to motivate quite a lot of young entrepreneurs to prepare themselves as well.

Ahmad Khawaja has rightly pointed out that a team moral plays a vital role in deciding the structure of an organization, and in the long run, it is also going to decide the success of the company as a whole. Besides, when we talk about team morale, we need to focus upon looking at the requirements of the employees as a lot of organization fails to do so, and only when someone sees to the welfare of the employees that he or she can actually expect a good return from them for the sake of the company as a whole. Also, he talks about different aspects that can help the organisation in prioritising the customers so that they can win their trust and help in achieving all the successes that they have been aspiring for, all this while! He urges the young entrepreneurs to focus on the same. Kotak Mahindra Bank offers banking products and financial services to all customers. It is a private sector bank.…
byZaheer 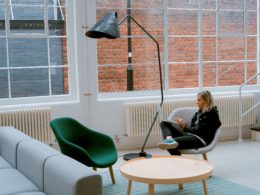 Do I Need a Digital Marketing Agency?

At some point in your business’ life-cycle, you may find yourself with this question in mind. That’s okay.…
byZaheer Top Home Entertainment Devices You Should Own