Allied Wallet is a global FinTech company. It has been known for offering various payment solutions in 196 countries all over the world. The Allied Wallet is featured in an article in Financial Times’ FTWeekend that was titled as the “Africa’s New Wallet.” Allied Wallet and its CEO, Dr. Ahmad Khawaja are recognized and celebrated for their dedicated efforts. He is being recognized for providing new opportunities and payment functionalities in Africa. It is all about investing in the human capital of youth, creating jobs, and thus, Allied Wallet has taken the initiative in helping the massive 15-22-year-old market. Also, the company has now become self-supporting, that is what Dr Ahmad Khawaja really wants to do! Allied Wallet Africa is entering the African market in Angola. The organization will soon enter The Democratic Republic of Congo and Rwanda along with Hisham Itani, Bilal Joueidi, N’Gunu Tiny, and Aimable Mpore.

He had to go through a lot of hurdles throughout his journey, and thus, paved the path of success of Allied Wallet. The major intention of the CEO was to inspire the youth so that they can come up with a growth in their career. He knows that becoming successful is not everyone’s cup of tea. It takes a lot of determination and courage as well.

See also  The Importance of Finances in a Business

Hisham Itani told Financial Times that his partnership with Allied Wallet Africa has done a lot of benefits to the local economy. The partnership will fuel local economies by empowering local citizens with that of reliable, convenient, and accessible banking solutions. N’gunu Tiny said that the African continent still lacks basic structure that many investors would not see it that attractive. The most major challenge that the company has been facing is to change the mindset of investors towards the continent.

Africa was shaped by the perception of a continent, wherein he exploited solely for its raw materials, as well as, for a headline country risk assessment. It is essential for the investment community to divorce itself from the mentality that Africa is a nation.

Dr Ahmad Khawaja: Our vision is to support the youth

The article discusses the unique needs of the region. Alongside, Allied Wallet Africa is known for its unique ability to fulfill the needs. Dr. Ahmad Khawaja said that our visions intersect in supporting the youth, and standing by the advances of this digital era. Allied Wallet says that the company strongly believes in the potential of the youth to drive a country’s economic growth. Besides, Allied Wallet Africa and its team of strategic efforts are striving to bring new opportunities. The CEO mentions about the future plans too! He also talked about the widespread success of Allied Wallet and all that the company had brought to Africa. The youth would become the face really soon, and Allied Wallet is intended to bring them up. See the Article Here. 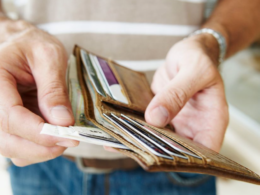 If You Have Spare Money Lying Around; Here are 5 SmartThings to Do with It

While there’s nothing wrong with lavishing your spare money on gifts for yourself or your loved ones, here…
byRadhe Gupta Stock markets and those that play the trading game are used to swings. If it’s not one thing…
byDanish Allied Wallet, probably stands to be one of the leading global FinTech companies. It is well recognized for…
byaashish gehlot The CEO, Dr Andy Khawaja of Allied Wallet, is well known for the success of his firm as…
byDanish