Dr. Andy Khawaja of Allied Wallet, that happens to be a global FinTech company is well known for offering various payment solutions in 196 countries across the world. The company was recently awarded with the certificate of Honorary Citizenship in Boys Town, Nebraska for his company’s contributions to the global community. The Founder had always believed in upholding the organization’s dedication towards the society and thus, it’s consistency in leveraging the success of the company in giving it back to the communities all over the world.

Allied Wallet: focuses on giving back to the community

Allied Wallet’s founder Dr. Andy Khawaja says that it’s a both-way process. Not that the company has only been working across its technological premises but at the same time, it has been doing really well in helping the animals, children, cops, the veterans, the disaster relief houses along with various other communities that have been in distress. He also added on saying that the company provides an unparalleled e-commerce solution, thereby promoting the prospects of entrepreneurship and success. However, that’s not the end. Hence, the company works much beyond that s well, so as to make a difference to the community in the positive aspect. This, in return, gives others an opportunity to succeed, and that’s what the organization hooks up to, beyond its own success.

Boys Town is originally a non-profit organization. It is dedicated to child and family care services. It was primarily founded in the year 1917 as a center for youth who were in need of support. However, Boys Town has got nine running sites across the United States as of now. They offer shelter and guidance for struggling children too. Also, they help the underprivileged families, work for the children, and strengthen the communities in distress.

Boys Town, Nebraska was actually incorporated as a Nebraska municipality in the year 1936. It had its own churches, police and fire departments, and post office. The landmark village had got about 400 boys and girls who live in the village. It was thus, named one of the “100 Best Communities for Young People.”

Dr. Andy Khawaja, along with his team from the Allied Wallet are extremely proud to be honored with this certificate and recognition for the efforts and contributions that they did put to the Boys Town. On an ending note, the CEO says that Allied Wallet indeed appreciates the efforts of Boys Town. Consequently, the organization hopes good for the young adults so that they can create their own opportunities to shine, succeed and prosper in their own lives.

Allied Wallet is one of the leading providers of online payment processing in the digital payment industry. It…
byDanish 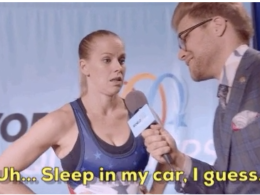 How to Insure the Things That Matter to You

Most of us are aware we should have insurance for things such as our cars, our home, our…
byDanish

Allied Wallet has been doing really well in the digital payments industry and is thus, being recognised as…
byDanish