Dr. Andy Khawaja, the CEO of Allied Wallet and definitely the hero in the genre of digital payments have been extremely popular over the time now. He grew up as a kid in Lebanon and then he came to America as a teenager. If we trace about his previous life, he worked in the high-end retail business for years.

Post that, he started a chain of retail stores with 2 major locations in Beverly Hills on Rodeo Drive and the Las Vegas MGM, thinking if he could utilise his knowledge to make things work in his favor. However, the internet began to grow, and that’s when Dr. Andy started to realize the existing gap. It was none other than him who would be able to decode that there will be a need for a way to accept credit cards at those retail outlets.

Over the due course of time, Dr. Andy kept on nurturing his experience with the international customers and that’s when he started to understand the foreign business market even better. Thus, he wanted to create a connection between the businesses and their corresponding customers. Slowly and gradually, this trend grew all across the world and all this could be made possible after the formation of Allied Wallet.

Previously, Allied Wallet grew only through word of mouth but now, the organization runs its marketing on a professional scale too.  At present, Allied Wallet is known for processing digital payments for more than 150 million merchants around the globe.

Here are a few questions raised by the interviewer:

Interviewer: In your own words what is Allied Wallet?

Andy Khawaja in the interview says that Allied Wallet is the fastest growing online payment processor in the world at present. The business firm is basically into small and large businesses across the world wherein it is known for its ability to process the credit card payments. However, they ensure that the customers are performing quick and secure transactions. The company is encouraging the startups too, to participate in this digital evolution. The award winning APIs are particularly meant to ensure that all the transactions are checked and cross-checked for fraud activities. Also, the company operates on an international scale by providing it’s service across 150 nations.

Interviewer: How did the idea of Allied Wallet pop up in your mind?

Andy Khawaja said that he had actually started this company 10 years back and he was always inspired to give businesses everywhere. All that required was to ensure fetching opportunities everywhere across the country and beyond, and thus, help them rise up to the next level, that is, the global level by making global transactions easier than ever. Since a lot of fraudulent activities in the room could have ruined any business, it became even more important to find out ways that would process international transactions at ease.

Interviewer: Could you tell us about the process of starting up Allied Wallet?

Andy Khawaja said that when the merchants used to walk up to our website, they were asked to fill out an application. The in-house underwriting team was actually assigned with the task of reviewing these documents and thus, send a mail of approval with the code for assuring the secured check out page on the website. The merchants were set on live once the changes are made to the site. This process used to be repeated at Allied Wallet’s end at an interval of every 12 hours.

Interviewer: What are the troubles that you had to encounter during the startup?

Andy Khawaja mentioned that Allied Wallet didn’t actually start with investor funding unlike any other processing companies operating today. He started Allied Wallet based in his own funds as he had firm belied on his potentials, which was eventually made true by the hard work and dedication of the team working with the company. Hence, he feels proud to look back and track this growth to see his company rising up as one of the most successful processing companies in the world.

Interviewer: How have you been developing Allied Wallet since it had started?

Dr Andy Khawaja said that they initially focused on the gateway, and thus, worked on strengthening the security to deter all sorts of fraudulent activities that the digital network is subjected to! Ever since then, the company came up with several other products such as that of the virtual wallet, pre-paid card and the NextGen gateway. However, the company is constantly trying to make improvements and bring better products to help our the merchants operating worldwide.

Interviewer: What kind of feedback did you get for Allied Wallet till date?

Andy Khawaja said that Allied Wallet is extremely well known in the US, Europe and Asia. The company has always been winning different awards for coming up with such a great processing feature. Also, the company’s commitment to ensure that the merchants are doing well, is another aspect that the company is always praised about! He further added on to say that people have actually been trusting the Allied Wallet for their businesses and that’s evident from the 200-500% growth rate of the company each year.

See also  How do you find an entertainment talent agency in Los Angeles?

Interviewer: What all kind of competition in the industry face?

Dr Andy Khawaja said that he had always believed in being a part of the competition as that encourages him to do even better. PayPal is one of the biggest direct competitors of Allied Wallet without a doubt. The company has a different infrastructure altogether, wherein Allied Wallet has a separate global approach with more flexibility for the merchants. Since the payments industry is extremely competitive in nature, Allied Wallet had faced quite a good amount of challenges but it could successfully stand out of the rest with its amazing in-house customer services, a wide variety of shopping cards to integrate with, exclusively low rates and suchban unbeatable fraud protection measure.

Interviewer: Anything you want to tell us about the industry?

Khawaja says that the industry is too competitive in nature. There are a pretty good number of challenges, and it could be dangerous too, at times, particularly for the new merchants. You ought to understand a lot of things before actually choosing to jump into the choice of accepting online credit cards, as well as to availna secure gateway and ensure the provision of escaping all sorts of fraud that sustains in the surrounding all the time.

Interviewer: What is the future of the industry? What would be Allied Wallet’s approach to stay relevant in this industry?

Dr Andy Khawaja said that the size of this digital payments industry is going to expand with time. More and more people are going to replace their method of payments via cash with electronic modes such as cards or via apps. However, Allied Wallet has constantly been working out to create new products and thus, improve their methods to stay at the top of the game in the category of the most reliable processors across the world.

Dr Andy Khawaja says that being an entrepreneur in Asia and thus, his experience across that platform is quite different than being one in the Western World like the US or Europe. Of course, there had been different laws, regulations, and on top of that, the work ethic is quite different. He adds on saying his experience about how inspirational is it to work with top businessmen from Hong Kong, Tokyo and Singapore. They are extremely professional in their approach and thus, work really hard. The best thing about these people is that they keep working till they aren’t able to achieve their goals.

See also  What Skills Do I Need to Be A Great Business Consultant by Graham Shear?

Interviewer: How do you define success?

Dr Andy says that success is all about working hard and be able to accomplish the goals. It is also about helping others on the way while rising to the peak. It’s never about thinking for self, but at the same time, one should help others to do good along the way. You should surround yourself with hard working individuals who have faith on you, so that you can trust them too!

Interviewer: What made you decide to become an entrepreneur?

Andy Khawaja says that he has always been an entrepreneur. He justifies his statement saying the he used to collect shell casings on the street during his stays in Lebanon and thus, he grew up while converting them into money. However, he made sure that he would work hard every time he got into his work profile, and thus, gained experiences from every job he switched to! As he moved to America, he made it clear to keep working hard, and thus, making improvements to every company he ever worked in until he could start his own business.

Interviewer: What are the keys to entrepreneurial success?

On asking this question, Dr Andy Khawaja clearly states that nothing can beat hard work. If you aspire to succeed as an entrepreneur, you must work hard and have faith on yourself and your potentials.

Interviewer: Any parting words of wisdom for entrepreneurs from your personal experience?

Before the closure, Dr Andy Khawaja says that a vision compiled with hard work is the ultimate key to success. All that one would need to achieve his or her goal is to have an intention to work hard, put in all the effort, devote enough time to the job and thus, choose a reliable and self processing company that would trust in your abilities and assist in your growth, for a company alone can never succeed. It needs assistance from surrounding firms too! If you stay committed, nothing can stop you to reach your goals. Everyday you skip to put up your hard work, is a day wasted. Is writing by hand too traditional in today’s world of e-mail, social media, and mobile devices? The Palm…
byShubham kumar Wills, Trusts, and Probate, Who to Call for Help

When it comes to understanding the law, most people would just as soon have a tooth pulled. This…
bySuita Desai

No Game No Life Season 2, it is the most popular animation series in the whole world. The…
byDanish 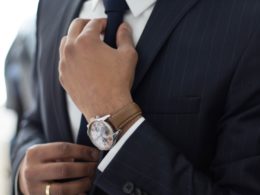 Even if you have sufficient reasons to claim public liability compensation, the insurer can deny your claim. However,…
byDanish