NewsDio Desk : Amazon is planning to strengthen its palm based mechanism system of payment to a Whole Foods store in Seattle.

The news is an addition to how ‘Amazon One’ which started functioning from September and has been greatly rendering its services in various Amazon physical stores has become quite a matter of convenience for shoppers, thanks to the mode of payment. Yes, the shopper is able to pay by placing a palm right over the scanning device.

Security aspect has been deeply adhered

This facility has become very easy considering the fool proof safety along with convenience associated with it. In order to initiate transaction for the first time, the shoppers use a credit card to link it with their palm print. Later on, the shoppers can easily initiate subsequent transactions by angling their palm over the kiosk.

Amazon one has been at the ease of serving shoppers with smiles thanks to the facility of Amazon One along with Amazon’s Just Walk Out technology. However, both of them serve their own purpose while distinguishing them from one another. The latter one as per its name is able to conveniently give shoppers the facility to pick certain items and walk out of the store through a checkout line.

Both of them have their own set of importance and the company can address the needs of the customers through them.

Amazon is going to start with the services of “Amazon One” at Seattle’s Capitol Hill neighborhood. The company is expected to expand the services on other series of locations where it plans to start at Seattle-area Whole Foods in near future.

It offers additional level of convenience to customers

As per the official statement coming out from Amazon, the palm based technology offers an additional option for the customers to pay for their items. Likewise, it won’t have any effect on the job profiles of the employees working with Amazon.

Amazon is quite upbeat at the success of the technology as it vouches to sell it to retailers along with other sectors.

Amazon has been in talks with various customers over the same.

It is still early to say whether Amazon has officially undergone any agreement on this front with any third party. Although, as per the version of the company, many people have shown interest towards availing its services and have already signed up for the same.

At the current times, as Amazon is going to practically implement and authenticate this specific technology for payment purposes, there are indeed few privacy concerns which have come up. They are also justifiable considering the extent of hacking attempts which have become a norm over biometric data in the recent past.

Although, Amazon seems to put an end to series of tall claims of security, by saying that it has designed a system which is “highly secure”. It has further added to how palm based technology is safer and secure with respect to other biometric alternatives such as facial recognition. 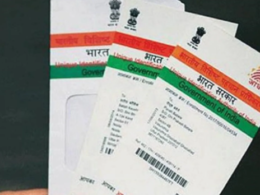 An Aadhar Card offers a unique number which separates every individual across India. Yes, the number is different…
byDanish 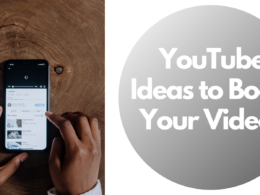 Nowadays it is getting harder and harder to create original content for YouTube. The competition is huge in…
byDanish

It has been just a few months now, we have been slowly learning more about Google’s next streaming…
byDanish