An American Werewolf in London Sequel: Rumours, Star-cast and Script

The epic movie of the 1980s, ‘An American Werewolf in London’ is getting a remake and the interesting news is the movie will be made by the son of original movie’s director, John Landis.

An American Werewolf in London was a universal picture movie released in 1981 in horror-comedy genre starring David Naughton, Jenny Agutter and Griffin Dunne. It is one of the classic Hollywood movies of all the time.

To give the generational touch for the movie, Max Landis had stepped up as a director. Max recently confirmed on Twitter that the script has been finalised for the remake. The USP of this movie is you will get mixed laugh and screams.

American Werewolf in London was one of the first movies paved the way in werewolf sub-genre. Finally, after 40 years, this epic movie is getting a sequel to surprise the audience. It is also considered to be the best werewolf movie ever made. 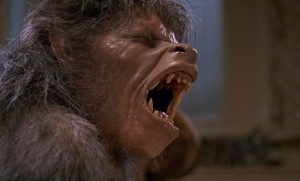 Back in 1997, the movie got a small sequel in 1997 titled as ‘American Werewolf in Paris’ but it was nothing in comparison to the original one and failed to attract the audience. The original movie’s director John Landis was not involved in that sequel and hence the movie was not well made. In a recent interview, Landis revealed that he already scripted his own sequel in 1981 which got rejected by the producer. He further revealed a lot of details about the sequel.

The movie is about two travellers in London who slowly transformed into a werewolf under the hilarious and scary circumstances. The movie had some amazing elements which were all missing in the sequel came in 1997.

As per the sources, the original movie’s director, Landis will use his unused script which he made long back. Finally, his son has got a chance to execute his father’s script in the remake.

In the original movie, out of the two travellers in London, one gets killed by a wolf and another transforms into a werewolf. According to Landis’ unused script, a character mentioned in the original movie, Debbie Klein will become the main character and travel to UK. He will start investigating the death of Zack and David.

One of the spoilers is the script has all the characters from the original movie including the dead ones!

The movie is finally taking over and the production is going to start soon. The audience who had watched the original movie are excited but it will take a while for it to get a release as it is in a very initial stage. The star cast has not been confirmed yet.

The movie is finally taking over and the production will start from mid-2019. As per the sources, it has been scheduled to be released in 2021.

So, how excited are you about this movie? Let us know your views on the news down below.

[ad_1] Miraculously, 2018's underwater comic book plot, Aquaman, was far from the disaster many expected, with the pop-up…
byadmin

Yes, this is actually happening. After 10 years of the release, Zombie Land is getting a sequel by…
bySana Usmani
1 share
1
0
0