Angry Birds are ready to hit the big screen once again. According to the Hollywood reporters, Columbia pictures and Rovio Entertainment have confirmed the release date of Angry Birds 2. It is an upcoming 3D animation sequel of its predecessor movie Angry Birds.

Angry Birds is about a funny battle between pigs and the Birds which first came up in the form of a video game. Within a year the game became viral and got millions of fans around the world. 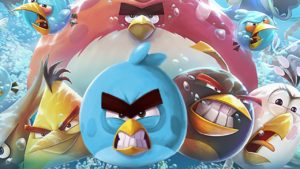 Rovio entertainment is a gaming software company which launched the Angry Birds game 10 years back. Considering the success of the game, they later came up with Angry Birds movie, a big screen adaptation of the video game. The first part of the movie was released in 2016 and just after that, the sequel was also announced.

Angry Birds was an action-comedy animation movie inspired by the video game. It was a huge success and was in talks for a long time. The movie had received a great response from the audience. It did the worldwide business of solid $350 million and became the second highest grossing animated movie based on a video game of all time.

Recently the release date of the Angry Birds 2 has been announced. Here we will tell you everything we know about it so far.

Development:  Angry Birds 2 is Directed by Thurop Van Orman and co-directed by John Rice. Peter Ackerman will be writing the script and John Cohen has been locked as a producer for the sequel.

The movie is in making under Rovio Entertainment and Sony Pictures.

Recently Rovio Entertainment announced that just like the first part, they will be collaborating with Sony Pictures for the development of the sequel as well.

Kati Levoranta, CEO of Rovio Entertainment said that they are very excited to team up with Sony once again and will continue to focus on creating new exciting stories and experiences around the game to surprise fans.

Release Date: The movie is set to be released on August 16, 2019. It will be the 10th anniversary of the release of the Angry Birds game, the inspiration of movie.

Star-cast:  Angry Birds movie is known for the excellent voice acting by top star-cast. in Angry Birds 2, As per the sources the original cast will be repeated in the sequel as well. The stars who will be giving voice to the main animated characters are Jason Sudeikis as Red (voice), Josh Gad as Chuck (voice), Danny McBride as Bomb (voice)
Maya Rudolph as Matilda (voice) and Bill Hader as Leonard (voice).

What to expect:  The concept of the first movie is a humorous face-off between birds and pigs. In the next movie, there is a chance that pigs will take revenge on the birds.

The script is unknown yet. However, there are many characters in the movie which gives it a lot of scope of creativity with the already existing elements.

The first part of Angry Birds was colorful, had super animation, creative with a good message and so will be the sequel. For animation lovers, it will be a treat to watch.

The blockbuster franchise How to train your dragon is back again with the third installment. Recently the movie…
bySana Usmani It’s a web novel by Chugong from South Korea. It has been published as of 25 July 2016…
byZaheer