Due to strong demand for iPhone XR and iPhone 11, Apple became one of the fastest growing brands in India in the fourth quarter of 2019, capturing a two percent market share with a year-on-year growth of 41 percent. percent, Counterpoint Research said Friday.

On an annual level, Apple shipments will recover in India during 2019 with an estimated growth (YoY) of 6 percent.

"This compares to a 43 percent decrease in 2018, thanks to the price correction of the iPhone XR, the reform of the channel strategy and the expansion of local manufacturing in India," said Tarun Pathak, Director Associate of Counterpoint Research, to IANS.

The strong initial demand of the iPhone 11 series was driven by an aggressive pricing, promotion and channel strategy.

"The EMI along with the money-back offers on the iPhone 11 series, especially the iPhone 11, worked well during the important holiday launch," Pathak added.

In addition, the fastest launch in India during the holiday season led to strong initial shipments.

In fact, the price reduction on the iPhone XR immediately made it the best-selling iPhone within Apple's portfolio for two successive quarters (Q2 2019 and Q3 2019).

The technology giant based in Cupertino is quickly selling almost all products (iPhones, Apple Watch, Mac desktops and AirPods Pro), apart from a growing Apple TV community in India.

The reason for Apple's rise lies in a better understanding of a market that requires unique customer strategies and mind games, which are not seen in other more evolved smartphone territories.

"Apple remains an aspirational brand in India and the success of the iPhone XR and the iPhone 11 indicates that Apple can grow faster in India if it has the right channel and pricing strategy," Pathak said. 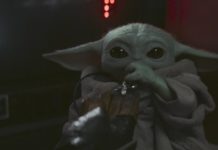