The technology industry is continuously improving, but that’s not just it. There are several other technical issues too, that have continuously been popping in. Let’s hear them out!

​Android phone users have got an ‘AnTuTu problem’

Earlier this year, Google had removed all the Antutu apps as part of the larger crackdown on apps from the Cheetah Mobile. This company has removed Antutu Benchmark, Antutu 3DBench and Antutu Benchmark from the store too. However, there are quite a lot of fake benchmark apps that go around by the name of AnTuTu. People are still downloading them in order to check their performance scores and potentially giving up privacy of the data from their phones.

This has certainly become an exciting week in the world of technology news with Apple and thus, it has been creating history as it became the most valuable tech company in the world. The popular game Fortnite was kicked out by both Google and Apple from their respective app stores. Nokia introduced a new Amazon FireTV stick competitor in India. Meanwhile, the government has selected four startups to create an alternative to Zoom.

Cupertino-based tech giant Apple has recently created a history by becoming the most valuable tech company on the planet. Apple’s market value has reached a whopping $2 trillion and it is now regarded as the most valuable publicly traded company in the world. Analysts say that the valuation does show that Apple has done really well even during the ongoing phase of this global pandemic.

​Apple and Google bans Fortnite: All that you need to know

Epic Games had started its own in-app payment scheme in Fortnite. Hence, it is a drect violation of the Apple’s and Google’s app store guidelines. The developers are supposed to pay 30% to Apple and Google but Epic did suddenly stop it. This has further led to Fortnite that was being booted first by Apple from its App Store and then Google from the Play Store.

OnwardMobility CEO Peter Franklin has recently announced an agreement with BlackBerry and FIH Mobile Limited, a subsidiary of Foxconn Technology Group. The three companies are supposed to work together to make a new 5G BlackBerry Android smartphone that is going to come up with a physical keyboard. The device will be launched in the first half of 2021.

Flipkart has launched the Nokia Media Streamer as a part of its partnership with Nokia. You may price it at Rs 3,499 and it will start selling on Flipkart starting August 28, 2020.

Google services like Gmail, Drive, Hangouts and other services were slow for some users in India and other countries too! Services have been disrupted for hours.

The world is facing an unparalleled health crisis. As nations race to safeguard their resident’s health and well-being,…
byZaheer

[ad_1] After launching iOS and iPadOS 13.4 on March 24, with great new features like trackpad and mouse…
byadmin

Is Tik Tok App really going to shut down? Byte dance has given the answer for the rumors…
byZaheer 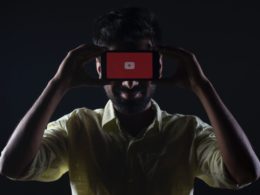 Are you having problems connecting YouTube Vanced to the Internet?