Ashley Biden is undoubtedly known as the first daughter of America and she had watched her father Joe Biden sworing on the Inauguration day. However, it seems as if the world is more interested these days to know about him. Here are a few facts about Ashley Biden:

Politicians are much more versed when it comes to the President Joe Biden’s two sons, namely Hunter and Beau. The 39 year old Ashley Biden was front and center on January 20, the inauguration day of her father. She had the entire internet buzzing about her beauty and there were several iconic reactions at the time of the historic ceremony.

Ashley had even attended the presidential inauguration wearing a dark coat and she had styled her brunette hair in a straight downward fashion. She soaks in each and every second of this sacred day, and we seem to get even more curious to learn about her.

As her brother Beau had died due to brain cancer back during 2015, Ashley had started an American made clothing producer, named as the Livelihood. It is known to donate the proceeds to the company organization’s in the DC and Delaware. According to Ashley, the brand, is all inclusive, and it is non-partisan as well as empowering. The main aim of the company is to educate each other as well as think of economic inequality in the United States.

It is also focuses in the United States and lays stress on celebrating extraordinary people, thereby offering for their economic advancement, and encourage them to take their own decisions. It is also believed that Ashley will carry on with her business ventures with Livelihood after she had confirmed that she is not going to hold an official job in the administration of her father during an interview.

This declaration was aired ahead of the inauguration. Further, she seems to hope about using the platform as the First Daughter “to advocate for social justice, for mental health — to be involved in community development and revitalization.” She even added, “I do hope to bring awareness and education to some topics, subjects that are really important.”

Ashley did commit to a life of public service just like her parents. She used to be a social worker with the Delaware Department of Services for Children, Youth and Their Families for 15 years and then she joined the Center for Justice in the year 2012.

Ashley had formerly served as the associate director of the nonprofit advocacy group, and she had worked in her role from 2014 to 2019. She said that she was inspired by her older brother, Beau. Jill told Delaware Today in 2018, “It was very important to Ashley to carry on Beau’s legacy—the reforms in criminal justice, his work with children.”

Ashley Biden had hosted a Wisconsin Women for the Biden event on August 7, 2020. She said, “I’m here today because I adore my father, but I also deeply believe he has the character and the vision to lead this country.” She added, “When I say I’m ready for a Biden presidency, it’s not just because I think my dad is the best person. With my dad as president, he will help us solve some of the great challenges of our generation… And he has the empathy and fortitude to help us address the racial and economic disparities that undermine all communities…Make no mistake, women will decide this election. Women of color will decide this election.”

Ashley did appear at the Democratic National Convention on August 18 along with her mother, First Lady Dr. Jill Biden.

In a 2017 interview, Ashley had said that she had got her first foray into activism when she was a child. She said, “When I was a kid, I always really loved animals, and I found out that Bonne Bell lip gloss was testing on animals, so I organized my school to start writing letters to [the company]. Ashley said to the magazine, “Then I became obsessed with the plight of dolphins getting stuck in tuna nets. My dad connected me with Congressman Barbara Boxer, who I nicknamed the ‘dolphin lady,’ and she got me onto the floor to help lobby Republican congressman for The Dolphin Protection Consumer Information Act.”

Since the arrival of Tiktok, small video apps raged a huge amount of craze among the audience. It…
byZaheer 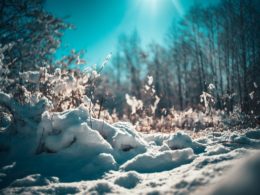 Why does a coastal area have less variation in temperature than a non-coastal area?

NewsDio Desk : The areas adjacent to the sea are referred as coastal areas and they have minimal…
byZaheer