Across the globe, football clubs of all sizes are the backbone of local communities. They provide family-friendly entertainment and camaraderie, offering children the dream of athletic stardom. Football clubs employ countless community residents, propelling hyperlocal economies, and driving wealth to centralized areas. Through philanthropic engagement and outreach programs, officials and players alike leverage their influence for the betterment of others. All of these feats are only made possible with cooperation, personal responsibility, and focus on development. In Antigua, Asot Michael and Ivor Luke are speaking out to ensure that local football clubs maximize the effects of their funding, and focus on responsibility and development.

In late August, former defender and national coach, Ivor Luke, highlighted the importance of responsible spending amongst football clubs. He publicly urged sporting clubs to be responsible in their allocation of funds, and investment practices. Utilizing funds raised by sponsors and donors, the allocation of these funds can have a tremendous local impact, support development, and uplift local communities. Thus, Luke urged all involved parties to maintain personal responsibility, and improve the allocation of funds to reflect broader needs.

Luke’s comments were bolstered by Asot Michael’s recent emphasis on the topic. Michael is a member of the Parliament of Antigua and Barbuda from the St. Peter Constituency. Additionally, he is a Sponsor and General Secretary of the Parham Football Club. Throughout the last twenty years, Michael has donated over $5 million dollars to football in the Parham community. Michael, a fourth-generation Antiguan involved in the socio-political development of his homeland, believes in the power of sports clubs to shape future generations.

Asot Michael On The Current Status

As part of his plea for change, Asot Michael drew attention to the declining conditions of public infrastructure. Designed as safe spaces for children to play, and gain interest and participation in football, local playgrounds are integral factors for keeping the sport moving forward. For community wellness and satisfaction, families and individuals must have access to basic public infrastructures in the St Peters Constituency to be active members of their communities. The eradication of areas like community parks can spark relocations and loss of community. Without children’s interest and participation in football, driven by the physical lack of space to practice, tertiary effects can be vast.

Michael has been advocating for years inside and outside of parliament in government and opposition to authorities of both administrations that al of the sporting facilities in the entire St. Peters constituency have been neglected for many years by both UPP and ABLP administrations.

Thus, for the sake of longevity, sports clubs should have a vested interest in maintaining physical infrastructures that champion the future of the sport.

Asot Michael voiced these comprehensive concerns, calling attention to the declining basic amenities within communities. Specifically, Michael pointed out that many local parks do not have any seating accommodation and functioning bathrooms, making it difficult for park visitors to plan accordingly. Limited or eliminated bus routes also diminish accessibility to many local parks, making it difficult for countless families to utilize those spaces.

Committed to the evolution, betterment, and development of his beloved country, Michael is a proponent of the importance of community development. Asot Michael’s professional background has allowed him to gain direct insight and knowledge about how purposeful spending can create a wealth cycle for future generations. Specifically, Michael touts the notion that increasing interest, accessibility, and local football culture will breed local talent. Then, football clubs will have the ability to sign players from local communities, who will be tied and engaged with community development. To accomplish this goal, Michael suggests that football clubs should focus on building the infrastructure to breed local talent, rather than spending vast funds for the importation of non-local players.

Michael is one of the pioneers in importing foreign players from the region over the years and the Parham Football Club has gained a reputation as a large-scale importer of non-local talent. While this initiative to boost local capacity, standards and international competitiveness has significantly increased local interest and participation in the sport, Michael feels the burden on clubs to dedicate the vast majority of their funding to player acquisitions, leaves limited resources for the erection of clubhouses, community outreach efforts, and other meaningful designations. Accordingly, Michael says, the time has come for the local Football Association to put a cap on the number of overseas players any one club can import during a season.

Breeding and championing local players will enhance the presence of football clubs within local communities. This will enable players to live locally, and remain involved in the lives of the fans who pay money to see them. From a “big picture” perspective, such visibility is inherently more valuable than dedicating funds to non-local players. An investment for the community, and for the future of football itself, Asot Michael touts the benefits of these types of allocations of funds.

Seconding Michael’s sentiments, Ivor Luke has pointed to clubs’ needs for conceptualizing their own development plans. According to Luke, many football clubs would benefit from the erection of clubhouses, or other spaces that could be used by the team for multiple purposes. Yet, according to Luke, leaders for these clubs often lack the planning that will attract worthwhile sponsors and investors. By taking charge and showing initiative, club administrators can showcase their desired outcomes to potential investors. Additionally, this would allow club personnel the freedom to consult community members for insight, ensuring that clubhouses meet the needs of the public. The Future Of Football

As the global and local sports arenas continue to evolve, communities are at the heart of the growth and development of clubs. Invested local leaders, like Asot Michael, tout the importance of Government funding for football and financial support from the Antigua and Barbuda Football Association to local club administrators in meeting the development needs of the sport. Michael states it simply cannot be done by the local clubs alone. Government through the Ministry of Sports, he says, must ensure that all football fields have the proper infrastructure – seating stands/pavilions, bathroom facilities, proper lighting and fencing – and that fields are maintained in playing condition at all times.

Finally, he proclaims the importance of both the Antigua and Barbuda Football Association and Football Club personnel taking serious responsibility for their role in the “big picture”. With these facets in mind, the future of Antiguan football will undoubtedly continue to thrive.

READ  More than 2900 people swear by this long sleeve top: Costs half the price of Lululemon
Total
0
Shares
Share 0
Tweet 0
Pin it 0 Fulham vs Arsenal live stream: how to watch the Premier League wherever you are in the world. Watch…
byVicki Ward 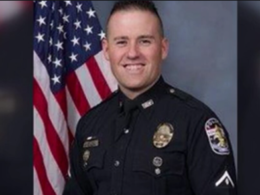