Assassin’s Creed follows the stealth roots when it comes to game-play and it is a full-fledged action adventure game, published and developed by Ubisoft using the game engine Anvil Next. The series reflects the stories of the centuries-old struggle, now and then, between the Assassins who battle with full rage to acquire peace. The series features historical fiction, science fiction and characters, submerged in the world full of historical events and figures. The Assassin’s Creed game took the inspiration from the novel Alamut by the Slovenian writer Vladimir Bartol while building upon the concept from Prince of Persia series.

Like every installment, the upcoming installment also has the chance to get a brilliant destination to satisfy the gamer’s expectations. It seems that after the much-acclaimed game ‘Assassin’s creed Odyssey’ which was launched in 2018, we will not be seeing the next installment in 2019. The next year will be the same as the year 2016 where Ubisoft did not launch an installment. Fans are already upset about this and the destination is also not clear. Well, we have uncovered some facts and interesting locations that we think might fit best for the upcoming Assassin’s Creed series. 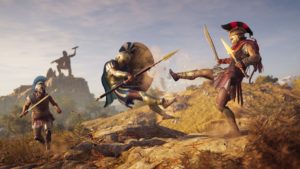 From the Dynasty Warriors 9 we have learnt how great and prominent the open world could be set in the midst of 2nd and 3rd century. It is an epic era with full of heroes and betrayals and epic facial hair. There is a lot of potentials for developers to draw on and it can be a possibility that Ubisoft might consider this destination.

This era would be fertile ground for a strong story-line with specific characters where fans would be amused to get historical China recreated with some magic of Ubisoft’s essence.

The appeal of Assassin’s creed lies in its way of presenting and bringing back the history to life, but the banality continued and did not surpass the realms of western European culture. The idea of recreating the china’s history looks ambitious but, this time the developers need to dig deep and do something which is not seen in the series as of yet. One thing they can surely do is to not include western Europe’s province in the game and then they can focus onto the other parts of the world. Ubisoft can look towards Africa, a place where they have not explored and carries the culture by which fans will get attracted towards it.

While we may have seen the Assassin’s Creed spin-off game set in Russia after the October revolution, we would enjoy even more if Ubisoft could make the same destination for the main installment.

It all depends upon the developers on how they build the game and which location will be best suited to the game’s tempo.

The one thing people will remember ‘Bethesda game studio’ will be for the fallout game franchise. Having produced…
byZaheer
26 shares
0
0
26 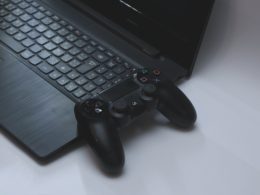