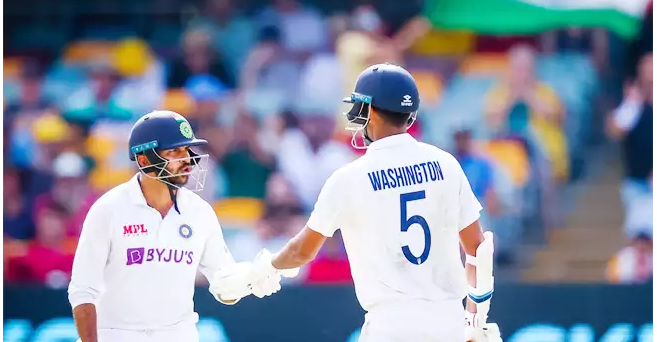 The series clinching victory of India over Australia at the Gabba is undoubtedly one of the greatest ever wins of the country. As per the former batsman, Mohammad Kaif, the injury-hit India had chased 328 over a Brisbane record to hand a first test defeat to Australia. It was the first test defeat at the Gabba since the year 1988 and it was certainly one of the all-time greatest series for the country. This came up after they have been bowled out for 36 post losing the first test. Kaif had played 13 tests and 125 one day internationals so far! Kaif said, “The way they came back after defeat in Adelaide is just remarkable. There are too many heroes to name.” He even added, “It’s one of our greatest wins ever. It was truly remarkable. A total team performance.”

The captain of India’s cricket team, Virat Kohli had to leave the series post the first test for the birth of his first child. The injury list further grew to involve a host of fast bowlers as well as the first choice spinners, Ravindra Jadeja and Ravichandran Ashwin. India’s bowling attack added the debutants like Washington Sundar and T Natarajan. On the other hand, Mohammad Siraj, Shardul Thakur and Navdeep Saini had only 4 previous caps between them.

Kaif rook it to the public stating, “India’s inexperienced bowling unit showed so much character,” said Kaif. “They had just over 10 wickets between them, compared to Australian bowling unit’s collective haul of more than 1,000 Test wickets.” He even added to it, “The IPL plays a crucial part. Players are able to learn the art of handling pressure well,” said Kaif. “The win shows how strong India’s bench strength is at the moment.”

Rahane said, “I don’t know how to describe this victory. I’m just proud of all the boys, each and every individual. We just wanted to give our best, not to think about the result.