We have a great news for you to make this festive season more happening! Finally, the blockbuster Avatar is coming up with the next installments soon. According to a recent post on the official Facebook page of Avatar, it was announced as the makers will be releasing sequels after sequels starting from Avatar 2. The exact words on the post were “The journey continues December 18, 2020, December 17, 2021, December 20, 2024, and December 19, 2025!”

Here we are putting all the information together about the sequel to give you a track of its latest development. 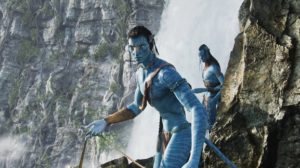 Avatar is the movie which took in $2.7B worldwide marking the epitome of success in the industry. Released in December 2009, It was a gigantic blockbuster of all the time. The movie was absolutely amazing and got a crazy response from the audience. We have watched it several times but could not get over of it. Now that it has been many years for the release of the movie, we are eagerly waiting for the sequel which has been confirmed long back.

Seems like the makers are finally ready to make the sequel after so long with some amazing plans to shock the audience one more time.

Long back before the release of Avatar in 2009, the Director, producer and co-writer James Cameron have said that if the movie became a big hit then he will definitely make more sequels. After getting such a great response to the movie release, it was no-brainer to expect the next installment from the makers.

One of the major reason for the success of Avatar is the hard work and dedication put by James Cameron. He literally spent years developing the movie with great details and passion. He will be back again as a director in the sequels as well which makes sense because we do not think that anybody else can do the justice with the sequels other than Cameron.

Cameron has announced Avatar 2 long back which was aimed to be released in 2014. But to meet the expectation and bringing something special in the movie, it took so much time. Obviously, the sequel cannot be a cakewalk as it requires high-tech visuals with a solid plot and execution. Avatar has set the bar so high that maintaining the reputation of the franchise demands a lot of time and efforts.

One of the major reason for such a long delay for the sequel is the plan was to film all the four sequels at one time which are supposed to be released one after another. Now, we will get to see the next installment on 18 December 2020 which is 11 years after the release of the first film.

The original star cast of the movie including Jon Landau, Zoe Saldana,  Stephen Lang, Sam Worthington, Sigourney Weaver, and, Dileep Rao will be reprising their roles in the sequel. There will be some new faces in the movie as well which has not been disclosed yet.

As per his interviews, the makers have some great plans about the sequel to startle the audience. The script and star-cast have been finalized for the next installment which has already started rolling in Manhattan Beach from September 2018.

Though it will take another 2 years for the next sequel to release, it will be worth waiting for! “A Discovery of Witches”, is a British program full of historical-fantasy. Why is it being so popular? It’s…
byZaheer

The successful and popular series Fuller House once again coming on the screen for the fans. The first…
byZaheer