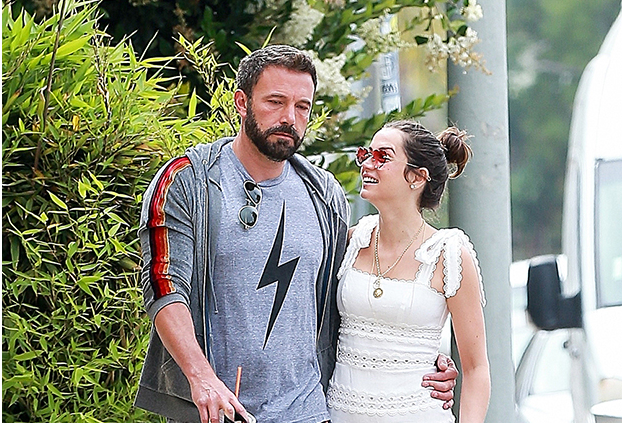 Ben Affleck and Ana De Armas looked so very cute together and recently, there came a news from the sources that the two are reportedly split over the issue of starting a family. The news came up stating that the reason of their separation is nothing but the fact that they had their own sets of opinions about starting a family together. They thought in their own ways and were not ready for the same yet.

Ben Affleck is currently 48 years old and on the other hand, we have Ana De Armas who was 32 years old broke up because he would not commit to have more kids as of now. As per the reports, the paper claims that Ana had wanted to start a family of her own. Therefore, it has been a “deal breaker” for her. Ben already had 3 kids who is already committed to! He had these children with his ex, Jennifer Garner. The names of the kids are Violet who is 15, Seraphina who is 12 and Samuel who is just 8 years old.

The news that Ben and Ana had broken up came to the media on 18th of January, 2021. It was further reported that Ben and Ana had broken up and the split was ‘mutual and amicable’ and it happened because they were living at different places in their respective lives. The fans do not seem to believe this reality and they said that the two would get back together all over again at some point. A source explained, “They are in love.” The fans who have been loving the two so much said that their breakup is temporary.

This breakup between the couple occurred nearly a year after they were linked for the first time ever while they were filming their movie, Deep Water in Louisiana. They were even spotted to be hanging offset together for several times. They were seen during February 2020 which further followed by a trip to her homeland in Cuba in March 2020. The pair even confirmed that they were at the beach in Costa Rica that very month. These back-to-back gateways were followed by a return trip to California and then the two had spent the pandemic together. Ben and Ana were believed to spend the quarantine together and then they were captured several times on different occasions. As Ben was often seen moving with his kids, Ana were also noticed and it appeared as if she has been a perfect fit for the family.