These jumpshots are effective on NBA 2K21 current-gen and next-gen, check out every single jumpshot, you will find the best one for you.

Once you get that on 2K21, you want to go over to the custom release speeds and you can throw on max speed or one release down, now the release speed is really up to you, but your green window on current gen is going to be higher if you have it one take down, while on next-gen, you can run max speed if your player is 6’7”. Then the animation blending is going to 49:51, 51% Larry Bird, which is gonna give you that crazy arc on your shot.

This one is one of the best jumpshots on 2K21 current-gen, you can also use it on next gen. The release speed depending on you want a fast shot or a slower shot, you can change it. 60% release 15 and 40% release 24 is a pretty nice choice, it’s very easy to time, it goes right up tot he forehead then you flick it, that’s when you release it.

This one gonna give you a one-handed jump shot, it’s going to look really cool in the park, the speed does not matter, it’s recommended to go max speed. You want to go down to 49% that way, you get the one hand from Kevin.

You can use this jumpshot on either NBA 2K21 current-gen and next-gen, but on current-gen consoles, it’s probably going to be better, this is also a very good shot for spot-ups on current gen.

Big promo is available now on AOEAH for buying NBA 2K MT and currencies/items for lots of hot games. 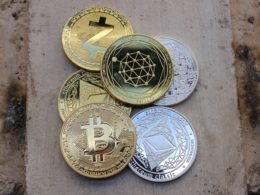