Both bitcoins and ethereum are better known as digital currencies. The primary objective of ether is to monetize and facilitate the operation of ethereum smart contracts rather than to establish itself as an alternative monetary system.

Many of you must be aware of the term bitcoin and know it as a form of virtual currency. In this article, we have delved into the details of these forms of cryptocurrencies, viz. Bitcoin and Ethereum including the definition, difference and how to store them.

Bitcoin is a digital currency, a type of cryptocurrency where balances are kept on a public ledger and everyone can access it easily. All the transactions of bitcoins are verified by a large amount of computing power. These are not issued by any government or banks but operated by a decentralized authority. It offers lower transaction fees than traditional payment mechanisms comparatively.

Bitcoin is popular as one of the first digital currencies that use peer-to-peer technology for better facilitation of instant payments. Companies that own the computing power and participate actively in the bitcoin network, the processing of the transactions on the blockchain are handled by the bitcoin miners. They are motivated by transaction fees and other rewards.

Ethereum offers open access to digital currency and data-friendly services for every type of investor regardless of their background or location. It is a type of community-built technology behind ether and several other applications investors are using currently. Basically, it is based on blockchain technology where ethereum consists of a series of public records that are combined together. The reason behind this is that they are stamped using date, time, user data and other changes that must be approved. They are also known as trustless transactions since the contract is self-fulfilling, they can eliminate the crucial need of trusting the counterparty to the transaction.

Both the ether and bitcoins are common in several ways, each one is a digital currency that is traded by online exchanges and easily stored in different types of cryptocurrency wallets. Both the tokens are decentralized which means that they are regulated by any central authority. They make better use of the distributed ledger technology which is known as the blockchain. However, there are many differences between the two. Now, we will take a closer look at the differences between the most popular cryptocurrencies.

See also  Here’s Why You Should Make Handmade Soap

Difference Between Bitcoin and Ethereum

Now that you know what Bitcoin and Ethereum are, a quick rundown will be beneficial for you if you are serious about investing in cryptocurrency.

One can use the bitcoins for the transaction of money or purchase goods at popular websites. However, ether is not as popular as bitcoins for purchasing goods. While bitcoins are used as an investment for a longer duration, ether is basically used by developers to develop applications of it. With time, the value of ether will likely move from speculative to more useful.

Storing of Bitcoin and Ether

After buying digital currency, you want to store it in cold storage. Exchanges like coinbase can happen while you buy your currency but once you have purchased the currency, exchanges are not done. Bitcoins, ether and other coin types can be easily stored on cold storage such as ledger or trezor. These options are best if you really want to buy, store or send large amounts of cryptocurrencies.

Should You Buy Bitcoin or Ethereum?

When it comes to selection between the two, it comes to the investor’s risk profile. Both can perform well with the time as the market becomes more digital and there can be a huge growth seen in the acceptance of cryptocurrencies. When you compare both in terms of stability, bitcoin is more mainstream and stable between the two. While bitcoin has already become popular and considered as well-known cryptocurrencies in the world, in recent times, ethereum is also gaining high popularity.

When it comes to cryptocurrencies bitcoin is considered a world champion. However, etherium did not have that revolutionary impact as compared to bitcoin. But etherium has created more functionalities based on the concepts bitcoin is following. Hence it is termed as the second most valuable cryptocurrencies in the market.

On a Closing Note

You need to know the risks and opportunities involved before jumping into the cryptocurrency world. We have covered almost all the important points about both the cryptocurrencies which will suffice for investment purposes.

Any kind of investment has upsides and downsides and cryptocurrencies are not an exception. When it comes to choosing between Bitcoin and Ethereum as investments, first and foremost thing to check your risk profile. Both of them, however, are predicted to perform in the long haul as the world is becoming more digital and cryptocurrency’s acceptance grows. Bitcoin is indeed more popular but Ethereum also has a past record of bringing in higher rewards for the investors. While the market seems little overheated, you may find some profits for investors who own a large risk appetite. 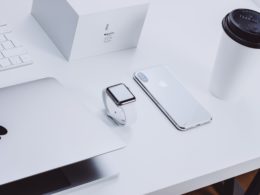 Due to the changing lifestyle arising out of Covid 19, there has been a paradigm shift with Apple…
byDanish 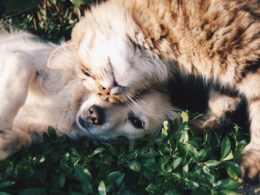 Some researchers warn against using pet names as passwords

It seems that pet lovers have taken the love and association with their pets too seriously, that they…
byDanish The streaming box 8000 is available at the price of Rs 8800 approximately. The major highlights of this…
byDanish