Cain succumbs to Covid 19 virus, after his refusal to wear mask

In what could be seen as gross carelessness and stubbornness from a responsible figure of the society, an ex-presidential candidate has met death after his refusal to wear the mask. He breathed his last after the Covid 19 diagnosis.

Herman Cain, a renowned figure whose stature and political background has earned him a desired recognition as he was a former Republican presidential candidate. He was quite close to former president Donald Trump. However, he has succumbed to the Covid virus, as his specific gestures which pin-pointed to his constant refusal of wearing the mask, in the ongoing current pandemic scenario can be constantly seen.

The news gains significance as there has been so many deaths world over and the situation is really grave and serious and it has necessitated the authorities to take urgent remedial measures for minimizing the burgeoning effect.

As luck would have it, Cain, aged 74, was sensitizing the masses about the ill effects of Covid 19, and how the preventive measures need to be. However, he gave scant regard to himself. Yes, he certainly proved to be a bad example, where he along with other supporters attending the Trump rally were without masks themselves. On June 29, he got to know about diagnosis where the worst phase for him started, as unthinkable happened. Yes, he was admitted in Atlanta-area hospital.

Trump paid tribute to him where he tweeted about the greatness he was associated with as he also had an enriching career. He had a pleasing personality which was a source of attraction for everyone who met him. Former president further in a tweet said that he considered him as one of the best friends and he certainly loved the country.

READ  Transpersonal Therapy - What you want to know (Is it for you?)

The news no doubt gains significance as mostly Trump supporters didn’t take the heed of the authorities seriously. Yes, it seemed that they were neck deep in the political clout they got, where they didn’t find it appropriate to listen to the public health experts. By paying no regard to the constant requests and warnings, it seemed to be evident, that they are not only risking their own lives, but to everyone who is going to come in contact with them.

There responsibility would have surely curtailed the gravity of the disease which was certainly spreading its tentacles at that point in time.

Prior to announcing his diagnosis on July 2, there has been full-fledged support from him for July 4 event where masks have not been made compulsory. The venue of the event was Mount Rushmore in South Dakota. Perhaps, his little sensitivity could have saved his life, but destiny seemed to have other thing in store.

He also used the platform of twitter to share his satisfaction where he wrote that there will be no compulsion for masks in the event which was also attended by President Trump. He continue to add that people are literally quite perturbed and fed up with the same.

The death brought close one and all as there have been large scale of outpouring of condolence messages from renowned conservatives. There has been various liberals who took the opportunity to share the most important necessity which is associated with wearing masks as it can’t be sidelined or underlined in any manner.

Many indeed took the aspect seriously, as his death re-affirmed the need to take full protection and precautions arising out of Covid 19. So, the advisory which is issued by health authorities is certainly not to be missed as the amount of publicity which his death has garnered is enough of a lesson to start taking full protection arising out of Covid 19.

Jenny Martin, who is the co-founder of Tea Party Patriots, has also tweeted about the hollowness which he is feeling after the demise of the man who was also his friend. He said that Cain has a strong conservative voice. He further added that his smiling face is still fresh in his mind.

Cain who was associated with American Black Conservative has began his another journey in the form of a new host to the show which was airing on Newsmax TV. He was further highly hopeful and optimistic of playing role in 2020 election campaign.

Likewise, there has been endless messages of condolences from different walks of life as his stature was no doubt a renowned one.

His love and closeness to Trump started way back in the year 2016 where Trump reciprocated by nominating Cain for a seat on one of the authoritative U.S Federal Reserve Board seats.

The announcement didn’t go down well even within the Republic Party as there seemed to be a backlash where Trump’s decision was seen as doing favor to an individual in what was referred as the nonpartisan board traditionally.

Considering the pressure which was piling up, Cain couldn’t take it any longer as he withdrew on the grounds that the referred post is going to decrease his on-going influence and so pay too. This was the step which he had to take as he had no other choice or else, he could have easily made many opponents, which he didn’t want to.

Likewise, with his death, there seems to be an end to a personality who grew up to reach the heights of known personalities. He also got acclamation from political figures and respected personalities of the society. However, it is also true that he could have been a bit more responsible especially during Covid 19 as the rising deaths have instilled a sense of fear amongst the masses.  Especially, as being a famous personality, he has immense fan following which necessitated him to lead a good example for others. But, it seems that destiny has something else to say, where one little careless mistake cost him his life. At least, he can be seen as an example of how one should start taking due measures and requisite steps relating with Covid 19, failure to which there can be serious repercussions, beyond control. 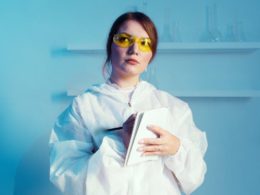 The medical field has never really been out of demand. The world is always in need of medical…
byZaheer 5 Benefits of Bread You Never Knew About

Are you a bread lover? If so, you definitely want to keep reading because bread has been known…
byTehseen Kiani Until today, not everyone is aware of why many individuals order Vitamin K2 online and take them regularly.…
byShubham kumar
4 shares
0
0
4