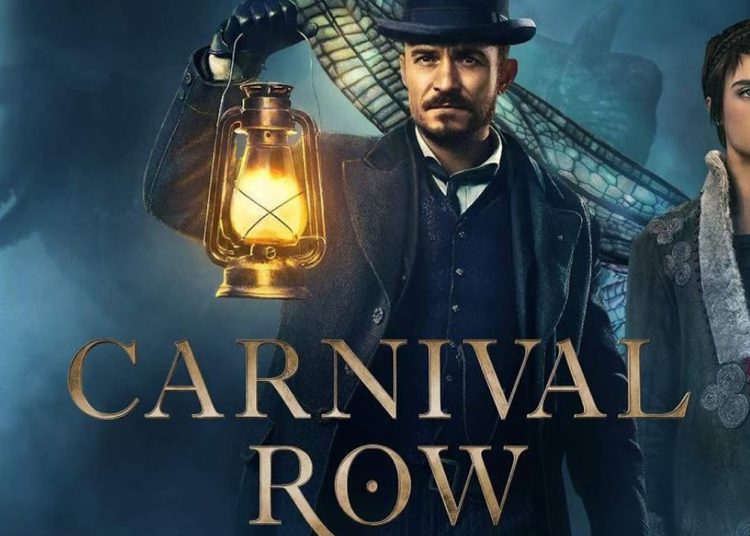 Carnival Row is coming back for a second season, and we cannot wait! The first season was absolutely amazing, and we are sure that the second season will be even better. Keep reading to learn everything we know about Carnival Row Season 2 so far!

What is Carnival Row about?

As Amazon Prime writes, “With a serial killer lose on Carnival Row, and a government that turns a blind eye to the deaths of its lower-class citizens, Rycroft Philostrate, a war-hardened investigator, is the only person willing to stop the murders and maintain the fragile peace. But when Vignette Stonemoss, a faerie refugee, turns up in the Burgue, she forces Philo to reckon with a past he’s tried to forget.”

What will season 2 of Carnival Row bring?

According to former showrunner Marc Guggenheim, Philo will continue to struggle with his sense of identity. Even though he’s accepted his heritage, that doesn’t mean Philo’s journey of self-exploration is even close to over. “The trick for Philo is, it’s not, unfortunately, as simple as him embracing the fact that he’s fae,” Guggenheim told EW. “To the fae, he’s not really fae. He’s a half-blood. So, he basically is a man without a country. You know, he’s not human enough for the humans, but he’s not fae enough for the fae. He kind of exists in this sort of status Twilight Zone. So that’s another thing that he’ll be wrestling with in season 2.”

When is season 2 coming up?

Till now no official announcement regarding the release of season 2 has been confirmed. So, we can just wait for the season to come. Stay tuned for updates!

Where you can find Carnival Row Season 2?

Carnival Row Season 2 will also consist of eight episodes. The latest season will be dropped on Amazon Prime. Do not forget to check out when it comes.

Who are in the cast of Carnival Row Season 2?

Most of the characters from season one will be having a comeback in the second season. Returning cast members include Cara Delevingne, Orlando Bloom, Tamzin Merchant, David Gyasi, Karla Crome, Simon McBurney, Andrew Gower, Caroline Ford, and Arty Foshan. Additionally, Jamie Harris, who had a recurring role in the first season, has been promoted to the main cast for season 2.

What is the cast talking about in Carnival Row Season 2?

Carnival Row is a really unique show. It’s not like anything else out there, and I think that’s what makes it so special. People are always asking me what it’s like, and I tell them that it’s a mix of Game of Thrones, The Tudors, and Sherlock Holmes. We’re going to see a lot more of the world that Travis has created. There are so many amazing places and characters that we didn’t get to explore in Season One, and I think people are going to love them. There are a lot of great things about Carnival Row Season Two, but my favourite has to be the new characters. I think they add a lot to the show, and they’re really fascinating. I can’t wait to find out more about them.

Fans of Carnival Row can rest assured that they will not be disappointed with the second season. The scripts are already exciting, and with a cast as talented as this one, the show is sure to be even more amazing than the first. Be sure to stay tuned for Carnival Row Season Two, coming soon!