Cobra Kai: Season 4, Things you should know before watching 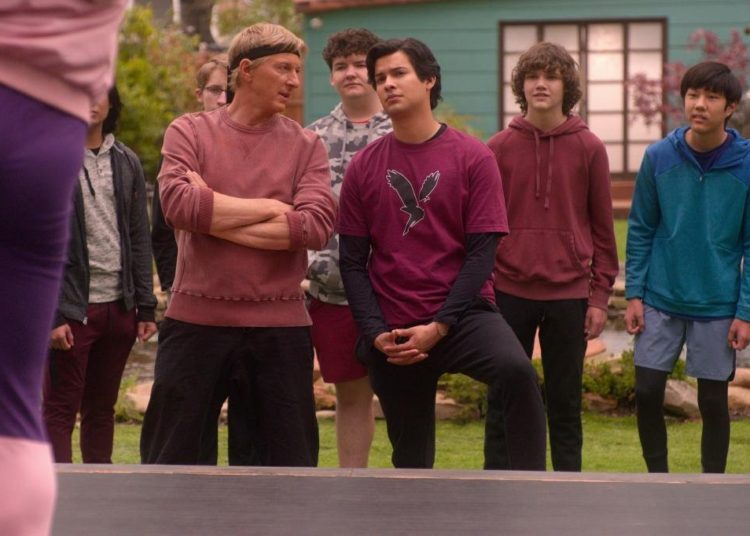 Cobra Kai: Season 4, is an upcoming martial arts comedy-drama. The show has been directed by Josh Heald, Jon Hurwitz, and Hayden Schlossberg. The series is based on The Karate Kid by Robert Mark Kamen. Make sure you watch the latest season when it hits the screens. Also, before you start watching the season learn all the things about this coming series from below, so you get the best of experience.

When is Cobra Kai: Season 4 coming?

Get your ears, all the Cobra Kai fans. Season 4 is set to be released soon. The series will be coming on Netflix on 31 December 2021.

Cobra Kai is just around the corner. The season is coming up with 10 episodes. Namely,

Who are in Cobra Kai: Season 4?

Cobra Kail season 4 has been directed by Josh Heald, Jon Hurwitz, and Hayden Schlossberg. Season 4 will be starring Ralph Macchio as Daniel LaRusso. William Zabka will play Johnny Lawrence. Other members include:

What will season 4 of Cobra Kai bring?

All Valley Under 18 Karate Tournament is going on. In season 4 Miyagi-Do and Eagle Fang’s dojos will be joining their forces to take down Cobra Kai.  Samantha and Miguel are also trying to maintain the dojo alliance. However, Robby goes all in at Cobra Kai. And what is going on in the mind of Kreese? Other than this many other questions are dangling. Will Daniel and Johnny join their hands to defeat Kreese? Or will Cobra Kai become the face of karate in the valley? Fans can rest assured that the show will maintain its great humor and heart as it has throughout the first three seasons. Watch out for season 4 to get answers.

hawk on the first episode of #CobraKai pic.twitter.com/7SI1PM5WkK

What is the cast saying about season 4 of Cobra Kai?

William Zabka (Johnny Lawrence): “The Cobra Kai team is really excited about the new season. We’re all fans of the original Karate Kid movie and are proud to continue the story of these characters 34 years later. The writing is so good and the show has resonated with audiences in a way that we could never have imagined.” Ralph Macchio (Daniel LaRusso) on Cobra Kai Season Four: “I’m excited for more Cobra Kai! Such great writing, humor, and heart. This show is special!” Josh Heald, creator of Cobra Kai says, ” Cobra Kai Season Four is a continuation of the story that began in Season One. We are excited to explore more about these characters and their relationships with each other as they navigate high school, love, and Cobra Kai.” Martin Kove who is playing John Kreese said, “The Cobra Kai dojo is about to reopen and it’s time for the old guys to have a rematch.” Cobra Kai fans have been anxiously awaiting news about season four and what it will entail.

What can we expect from Cobrakai in Season 4?

According to Heald, “We’re excited to explore some new storylines including The Karate Kid/Rocky IV rivalry between Daniel and Johnny, Miyagi’s legacy, Kreese’s return to Cobra Kai, as well as some fun character-driven moments with Cobra Kai students and Johnny Lawrence. Cobra kai has previously announced that Cobra Kai will bring back all of the original stars from both The Karate Kid franchise, as well as Cobra Kai itself for season four. It is unclear if there are any new cast members joining Season Four at this time. We’ll find out when Cobra kai returns at the end of 2021.” We can’t wait to see what will happen in Cobra Kai Season Four! Be sure to check out our blog for updates!