When it comes to the best soccer players on the planet, two names stand out from the crowd.

One is Cristiano Ronaldo, the Portuguese attacker who is currently with Italian club Juventus. He is no stranger to multi-million-dollar moves, with Real Madrid selling him for a huge fee in 2018. The Spanish side are often trading their top stars and are currently looking at selling Gareth Bale, a transfer saga which seemed like it might be the biggest of the summer. However, only one player is as big a draw as Ronaldo when it comes to the world soccer stage and his recent dispute has overshadowed the Bale situation. That player is Lionel Messi.

The Argentinian forward has been with FC Barcelona in Spain for his entire career, but news of a potential move away sparked a media frenzy. Even though Messi has decided to stay due to legal reasons for one more season at Barcelona, his future is still very much up for debate with soccer journalists across the globe wondering where he will finish his career. And many in the US are hoping he will end up in the MLS.

Messi’s move has been in the making for a while now. Barcelona were humbled in the Champions League last month, losing 8-2 against a slick Bayern Munich side. That prompted speculation of a move for the 33-year-old, who has scored 645 goals in 763 appearances for the Catalan side during an 18-season stay.

In turn that has led to the media speculation linking him to the world’s biggest clubs. And one coach here in the US feels the superstar could be a significant addition to the MLS. LA Galaxy head coach Guillermo Barros Schelotto, a fellow Argentine, hopes to see Messi in the US in the future.

“I was shocked when I heard about Messi’s decision about abandoning FC Barcelona because we all thought he was going to retire there,” he said. “But he must have his reasons and as a fellow Argentine I wish him the best always and I hope he comes to the MLS, it would be great.” While that was said before Messi made his decision to stay, there is no question that the interest will remain. LA Galaxy has a good history of attracting top European players at the end of their careers, so if Messi were to make a move to the MLS it wouldn’t be a surprise if he ended up in LA. And with more time to make a deal, all teams in the MLS will be looking to put together a huge offer.

If Messi were to move to the US, he would not be the first world superstar to make headlines and appear here since Pele. The Brazilian is arguably the greatest soccer player ever and his stint in the NASL ensured headlines around the world. However, Messi joining one of our clubs would do much more than give people something to write about.

Major League Soccer is becoming a serious promotion globally, with some of our players going on to star in major competitions around the world. Tyler Adams started his career with New York Red Bulls but recently scored in the quarter-final of the Champions League for Red Bull Leipzig, a major achievement for a player from our ranks.

Adams is by no means alone when it comes to exciting young talent looking to progress, and a player such as Messi coming to MLS would be inspirational for some of the exciting young talent in the league, of which there is plenty. An MLS infographic by Bwin showcases the depth of young talent currently emerging in the league’s teams, such as Tomas Conechny. He is just 22-years-old and has been impressing for Portland Timbers. He is Argentinian, the same as Messi, and he would surely benefit from seeing a true master in action first hand.

In fact, the MLS has become a prime development stage for young Argentinian talent in recent years. Players such as Ignacio Aliseda, Braian Galván and Matías Pellegrini are all young and hungry and looking to progress, whilst Cristian Pavón already has international caps to his name for La Albiceleste.

However, should one of the most famous Argentine players on the planet make the move to the MLS in 2021, it would surely signal fresh confidence in the quality and development of soccer in the United States, not just for youngsters coming from Argentina, but for every young soccer player in the country. 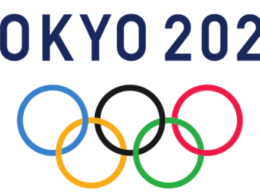 Lausanne: Thomas Bach who is a president of International Olympic Committee has quipped whether foreign spectators will be…
byZaheer