Danish Zehen was a popular name in YouTube family. Yes, he was an outstanding YouTuber and a Vlogger who was also known by name Fambruh. Born in Mumbai, his desires and aspirations soon took him to heights with his vlogs going viral among his fans. Born on March 16th, 1996, he had his schooling from Kedarnath Vidya Prasarini. His career initially started as a rapper way back in 2012 and as he started to gain name and fame, he bought an expensive house in Sea woods.

Danish Zehen belonged to a middle class Muslim family. He had a brother whose name was Gufran. Danish Zehen used to maintain a low key when it comes to his family, but having said that, he did post few images on social media with them.

Danish’s personal life remained to be quite happening. It is said that he had a girlfriend but no further details were known since he was never open about his relationship with her to the media. His professional stint as a YouTuber started early too, as he began creating YouTube videos and soon people started liking them.  He also participated in a reality show of MTV back then namely Ace of Space Season 1. Danish soon left the show citing some emergency reasons and he was never open about the exact cause. As a mark of motivating his young fans, he knew that by giving them examples of his own life struggles they can get a right path. Yes, that’s exactly he has done where he talked about how he struggled in life where others used to bully him in school and there were few jealous people who used to envy his success. These real life stories do make a mark in the life of any body for sure.

Like everyone has a story of inspiration before starting a professional journey, same can be said for Danish Zehen whose main motivation for starting YouTube has been the vloggers who were making name on YouTube. He therefore, got a way and since then he never took back, but alas destiny it seems have something else in store for the budding talent. Still, as on 27th February, 2020, his inactive account had 2.61 million subscribers

So, if you are curious to know what was his first YouTube video, well that was related with “How to style one’s hair”. Yes, he knows the pulse of his audience and soon centered on making prank videos along with fitness, fashion etc. He has his name etched for working on the song Khaab as well with OverShadow Creations.

Danish Zehen was understandably a popular figure in the platform of TikTok as well. His videos were related with style along with funny ones. Since, he wanted to give something fresh and new content to his large group of audience, so he was concerned of refreshing the content over a period of time, just to make them glued to the channel.

Danish’s Instagram account has been no less popular. He used to connect with his fans where he used to share various event related details on this platform. He had a great personality and considering Instagram, how can he miss sharing his coveted pictures? Well, he used to share them there. As of 27th February, 2020, he got whopping 2.2 million followers. He was quite fond of experimenting with his hair. Not only did he use to change the style but also color them occasionally. He was a  big fan of having Tattoos as well.

There has been news where Varun Dhawan has admitted that he was quite inspired by Danish’s hair. The family of late Danish did appreciate the gesture of the Bollywood actor in turn.

In 2018, his networth was roughly 1 million as his fame earned him enough respect and he used to charge a hefty amount for his shows. He was essaying different roles as a creator, blogger and he was also into events and fitness. Not many knew that he was also a digital brand ambassador of Gillette

Danish Zehen was a multi tasker and he was quite active on different social media platforms as mentioned above. But, his destiny seemed to be short lived as he met with a horrifying car accident and breathed his last on December, 20, 2018 while returning from a wedding on Vashi Highway in Navi Mumbai. It is said that Danish was driving too fast, as he was in a hurry to return home. At the time was accident, Gufran, his brother has accompanied him. He was rushed to the hospital, but doctors have pronounced him dead. The news came as a shocker for his ever increasing fan base, where many were unable to digest the news. More so, as just before the accident he has recorded a video for his fans. His funeral was attended by masses in his Kurla home where many came to pay their last respect for the person who they have seen touching stardom in a very short span of time and how he created a place in the hearts and minds of his fans within no time literally. Still, Danish is living with his fans and his achievements have been etched in their memory for ever. Victoria Pedretti, who plays Nell in Hill House, will lead the series as the tutor who arrives at a…
byZaheer 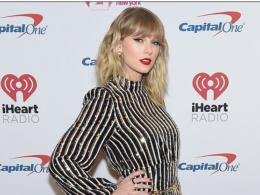