Do I Need a Tax Advisor for My Tax Bills?

Tax advisors are people helping you to deal with your tax requirements. Many people don’t want to pay tax because it’s simply an additional deduction from the charges, but as declared by the UK government, tax is always there to help people. You might visit a government hospital, and you might have seen the first aid provided by the hospital staff in case of emergency. All that facilities are being taught in the system due to the amount of tax provided by the people. Civil services and much more are only possible due to taxes paid by different people.

“Many people don’t want to pay tax because it’s simply an additional deduction from the charges, but as declared by the UK government, tax is always there to help people.”

HMRC knows the total amount of money present in each pocket. So, if you are a millionaire and earning above a certain threshold, the HMRC hand will come and take off with a large amount of money in the name of tax bills. But if you are a local person doing a nine-to-five job with a handsome amount of income and a house that you own, the HMRC tax calculation will not be too much significant for you.

HMRC – the tax people that most people hate due to their authority to take off your money in the name of the tax, has set up specific percentages according to your working and earning style. A certain threshold is also maintained that will predefine certain limits. If our money crosses that limit, you will be liable to pay tax.

Now the question is, do I need a tax advisor for paying my tax bills? Remember that tax advisors or tax accountants are the people who have studied the tax systems in quite a depth. They have studied the tax laws carefully and are also experienced due to previous years of working and know how to handle critical situations. Tax accountants know all the loopholes in the tax systems and are also familiar with the back doors to help you in urgent situations.

“If you are a millionaire and earning above a certain threshold, the HMRC hand will come and take off with a large amount of money in the name of tax bills.”

As stated earlier, not everyone loves to pay taxes, and they want to reduce the amount of money given to the tax advisors. So how can they do that? Let’s suppose you are hiring a small state business, for example, a bakery shop, to earn your bread and butter. You own a bakery shop that is yours, but you have another shop where you don’t work and have put that space for rent. So, that shop is being rented by someone else. You collect rent, and the rental income will be a trigger for the tax payment limit. If the rented shop is large enough to surpass the threshold, you might receive rental income tax.

Let’s see the above case from a different perspective. You surpassed the threshold by only a hundred pounds sterling. The rental income tax gets liable to you, but you don’t want to pay that tax. Who will you think of? Of course, the tax experts will let you avoid the rental income tax by applying their strategies that will ultimately result in the tax decrement or tax removal from your shoulders.

The main dealings of tax advisors specifically belong to the concept that you have to submit a tax amount that would be reasonable for you! Being an average citizen, you might come across different taxes throughout the year. Keep in mind we are not talking about a business holder but an average person. Business holders believe in hiring tax experts to manage their accounts.

But as an average civil person, you might come across corporation tax. Corporation tax is considered to be a nineteen percent additional charge on the specific amount of income earned. If it surpasses the given tax limit, you will be liable to given that other nineteen percent on the money earned. It follows a broad range of nineteen percent. If your additional income is way too far than the threshold, then you might need the help of a tax advisor that could dilate your ways to adjust the tax money

On the other hand, it’s not the only tax submission you should be worried about. Apart from corporation tax, you might come across inheritance tax. Now inheritance tax, in simple words, is a tax that you keep on paying your whole life till death. After death, your assets are then transferred to your younger ones. Everyone wished to pass the maximum amount of money to their predecessors. But what if the tax persons are deducting a large portion of that money? Yes, you guessed right- the HMRC.

Nor at this stage will proper tax guidance help you pass the maximum amount of money to the family members. There are many ways to reduce or avoid inheritance tax and still be able to give a handsome amount of assets to your family members and secure their future.  The will-making process requires a lot of research on every niche related to the main topic. And everyone is not fully equipped with the will-making superpowers!

Another tax that could be encountered in a lifetime is capital gains tax, and just like all other taxes, this all needs special assistance. Tax accountants near your area can help you consider all the possible options before paying capital gains tax. The case also gets complicated if you have more than one nationality. The tax systems are made to compensate every member, either a UK resident or non- UK resident. So to have a piece of more profound knowledge about the whole tax system, you need a person or an expert equipped with the powers to save your money and to have absolute control over your figures.

“So to have a piece of more profound knowledge about the whole tax system, you need a person or an expert equipped with the powers to save your money and to have absolute control over your figures.”

Tax experts work on the common objective to avoid paying more money when there are ways through which you can limit your money transfer to HMRC. OnlineSBI : Facts and features about internet banking of SBI

SBI (state bank of India) is an Indian Multinational, Financial services statutory body. It is a public sector…
byDanish

Dr. Ahmad Khawaja is actually the mastermind behind the growth of Allied Wallet which happens to be a…
byDanish 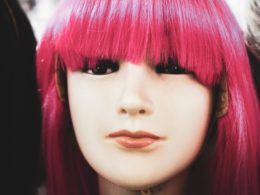 Human hair is considered to be the central beauty of women. Every woman wants to have good-looking as…
byJacqueline

Dr. Ahmad Khawaja, the CEO of Allied Wallet is taking all the limelight and undoubtedly, he deserves all…
byDanish