DOGE: is it the time to invest?

Investors, as a rule, choose cryptocurrencies for reliability, capitalization volume, as well as the trust of users around the world. But the most famous projects do not bring super-profits due to the high value of assets. If we pay attention to less popular currencies, their main advantage is growth prospects. We will discuss one of such digital currencies – Dogecoin – in more detail.

Features of the Dogecoin project

The project began with a joke, an Internet meme with the red dog Shiba Inu, so many still perceive it as a frivolous cryptocurrency. But during the active growth of the market, the capitalization of the project reached two billion dollars, and the exchange rate increased from 0.0002 to 0.016 dollars.

Therefore, the project should be treated as a widespread brand with clear growth prospects:

DOGE has a personal blockchain. There is a possibility of mining this cryptocurrency, and this is an additional chance for the development of the project.

Traders see an opportunity to make money in the low price of the coin. Small fluctuations can bring big profits.

Dogecoin is freely traded on almost any cryptocurrency exchange. The coin is bought not only for investment. It is used to exchange for other digital assets on exchanges. Coins worth about five million dollars are sold per day. This is also facilitated by the low commission on withdrawal, which is several times less than that of Bitcoin. The DOGE project provides an opportunity for profitable cryptocurrency turnover between exchanges.

Having bought coins, you can store them on:

ü a wallet by registering it on the official website of the project. Another option is to order and receive an offline Ledger Nano wallet; this is one of the most reliable ways to store cryptocurrencies.

Dogecoin is supported by many large investors, which gives hope for its further development. The currency is included in the lists of prominent exchange platforms Poloniex, Bittrex. They are strict about the projects they work with.

The coin rate is very stable. For several years, it has been maintained at the same level and is growing slowly. The stability of the exchange rate is explained by the prevalence of the currency, because the more people buy a coin, the more stable its price is. The reason for the slow growth is unlimited supply. The rate depends mainly on the activity of buyers and the dynamics of doge to btc quotes.

Doge is an attractive option for both short and long term investments. The coin shows the dynamics of growth in the cost and capitalization of the project. Therefore, investors have a chance to buy the currency at a low price and make a significant profit after the market correction ends. 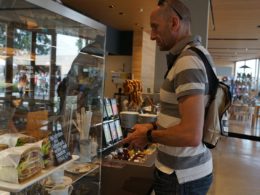 How to Successfully Start a Bakery Business

2020 wasn’t a great year for most entrepreneurs. Some businesses even chose to shut down because of the…
byRadhe Gupta 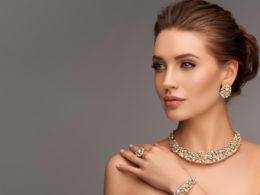 How to Start a Jewelry Business Online?

Do you know by 2027, the global jewelry market is expected to reach USD 266.53 billion? There was…
byZaheer

Dr. Ahmad Khwaja had the zeal and enthusiasm to make things big right from his childhood. He crossed…
byZaheer
1 share
1
0
0 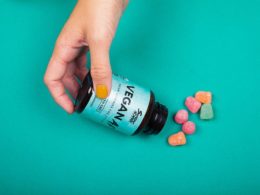 How to Use CBD Dog Treats?

Lots of dog parents know of the benefits CBD provides to their pets. However, most do not know…
byZaheer