Dr. Ahmad Khwaja had the zeal and enthusiasm to make things big right from his childhood. He crossed continents just to realize and accomplish his dream. He travelled all the way from Lebanon to American in his teen to implement his business mindset of running retail business. Considering the two years experience which he had in running retail business, he ran several such stores in Beverly Hills on Rodeo Drive. Later on, he proceeded further to work with Las Vegas MGM.

Considering how online world has fast developed in terms of technology, he realized the immense importance of a method that can accept credit cards. This was indeed a learning experience for him while working in the retail industry. Hence, he focused himself towards working for the convenience of customers.

His reason of creating Allied Wallet was based on the business idea which gives new entrepreneurs or business owners a platform to trade and exchange products and services.

So, this business idea started with word to mouth publicity and soon reached high success rate with more than 150 million merchants across the globe

Considering the stature of the man, let’s know more about him and his work through an interview which he gave to an Asian Entrepreneur magazine

Ahmad Khawaja: – Allied Wallet has the credit of being one of the speediest online payment processors across the globe. The organization is equally determined to deliver highly professionalized service while processing credit card payments irrespective of the nature of business.

The company goes overboard towards consolidating the safety and security measures involved while taking care of transactions, which is obviously the necessary procedural norm for businesses. He further says about how the company with its award winning APIs has fool-proofed all the transactions from fraud where it is working in over 150 currencies, thus offering international experience.

Interviewer: How the idea of creating Allied Wallet popped up?

Ahmad Khawaja responded by saying that it has been ten years since he started the company as he wanted to give business a boost. During the course of his tenure, he wanted to work with secure methods where international transactions could possibly take place in a safe and secure manner.

Interviewer: – Can you highlight the difficulties which you come across while starting up with Allied Wallet?

Allied Wallet lacked investor, unlike other companies. But, it has a far sighted approach and zeal to make it big with the limited funds it had.

How did Allied Wallet grew over the years?

Allied Wallet during its inception focused on the gateway for which it understandably gave extremely high importance as it wanted to work to limit the fraud. Additionally, it also came up with pre-paid card, virtual card, Next Gen gateway etc. He also said that the company is continuously in the working mode to create new enhanced opportunities for merchants with additional features.

Dr. Ahmad Khawaja has met with high success rate in digital payments industry and the biggest proof lies towards the growing successful track record of Allied Wallet. The company is currently running its operations in whopping 196 countries across the world with a sizeable profit. Its “Work culture” is awesome and is truly magnificent as even the employees are highly praiseworthy for the company which goes overboard towards ensuring a productive culture. Even the same has been well echoed by CEO Dr. Ahmad Khawaja who has given “teamwork” as the reason for the success of the organization.

Adding further to the same, he says that the firm heavily weighs the importance of positive work culture and this ideology has been well mentioned in the renowned magazine “Forbes”. His popularity as an entrepreneur is known in the world with several magazines featuring him for his great track record and successfully achieving the likes of a multi-billion dollars payment services company namely Allied Wallet.

Dr. Ahmad Khawaja says that the success of an organization is based on several factors where the team work plays an important factor. The organization is only going to gain height and success when there is trust and cooperation among the team members.

He heavily lays down the importance of how the team needs to work in bonhomie and there should be a positive working environment which promotes growth.

He further echoes the fact that the morale of the team is deciding factor which does help the company to reach unimaginable heights. He also advices everyone including CEOs as well as those who are newly stepping in the world of entrepreneurship to note the same as it is a determining factor for gaining success.

Dr. Ahmad Khawaja is a well known leader who has achieved great success in the digital payments’ industry. He attributes his success to the team who has been there with him in ups and down. He has also thanked the efforts of his team on several occasions where he knows that how a productive, enthusiastic and studious team can create a deciding factor in accomplishing the success.

Ahmad Khawaja of Allied Wallet, talks about workplace culture in his article on Forbes

Allied Wallet is a renowned entity in the world of digital payments. The CEO is associated with the tag of being a global leader when it comes to online payment processing. His continued efforts along with achievements have resulted in creating digital payments in more than 196 countries cutting across the globe.

Due to his zeal, determination and motivation, he has been truly inspiring the young minds to join the industry and make a mark for themselves.

It wasn’t possible for him to create a big empire, without the efforts of his team which has worked all through his stint and he has always acknowledged the same as well.

Of late, Dr. Ahmad Khawaja has got an article published in Forbes, where he talks about the inspiring things young minds should do, to achieve something big in their lives.

He relates his own example as the reason for them to imbibe and follow.

Also, he has found various entrepreneurs who sideline the importance and significance of workplace culture and he has categorically said that such things don’t bear much results.

Dr. Ahmad Khawaja has been vastly honored by various renowned publications mainly for the awesome ideas which he had practically implemented in digital payments’ industry.

He has also greatly emphasized that there is a need for a holistic approach towards commanding the team so that it works in unity. Additionally, the political work culture can help each and every single member to give their 100%.

He is associated as an owner of a company which till now is known as the multi-billion dollar payment services entity. His work culture has been widely publicized in several of the magazines and publishing companies such as Forbes where one of the articles namely “Four ways CEOs can build a more positive workplace” talks about the undeniably needs for people to ensure an engaging work environment.

In the post, he has further talked about other key ideas which have become the basis for success and these inspiring ideas act as a motivational aspect for young entrepreneurs to make themselves ready.

Morale of the team is greatly important: – Dr. Ahmad Khawaja

Ahmad Khawaja is of the view that the role of the team is a deciding factor in structuring the organization. Additionally, the bonhomie as well as enthusiasm decides the company’s success.

He also says that “Team Morale” has an in-depth meaning where we have to take care about several requirements of the employees. Unfortunately, many organizations aren’t able to keep track of the spirit or morale and their team tends to underperform.
He has also said that the team members should jointly work towards the welfare of the team.

Additionally, he talks about various aspects of work culture so that trust of employees can be achieved which will eventually assist towards creating success for the entity. He advises upcoming entrepreneurs on the same as well

Allied Wallet gives high degree of importance to the security of payments as this fact has been well addressed by the same. Yes, the entity has gone overboard towards creating a safe passage for the customers as well as merchants across the online world to speed up their trading requirements without any issues.

He unearthed a very important point where various people tend to overlook or ignore the real minds with which hackers tend to operate. Yes, they are quite advanced and this is where Allied Wallet has specifically dealt with the same with utmost perfection.

Additionally, the company is looking forward to create an expansion in the years to come. Dr. Ahmad mentions about the success he has achieved along with the publication he has got in the Silicon review magazine. He has done loads of hardwork right through the years and this is how he is able to create a successful record of the organization which has come so far.

Allied Wallet has been registering new heights of success and it has very limited number of competitors. It has been since 2002, which Allied Wallet has showcased its prominent existence and is always on the growing phase with a view of improving itself at every possible level.

The best aspect has been that the organization is there to provide a flexible payment solution under a safe manner to people on a global platform.

Also, Allied Wallet ensures that the transactions are smoothly conducted and operated without giving any sort of hurdles or inconvenience to the users.

Dr. Ahmad Khawaja also holds a highly relevant and important view about how technology has been innovated over the years where the entity is constantly working towards meeting the expectations of the users with the changing scenario. This also gives a great level of edge to Allied Wallet with respect to its competitors.

Allied Wallet has been towards ups and down and has seen various level of obstacles and hardships right through the journey. Dr Ahmad further says that the company should be prepared to face more of the same in the times to come.

He further adds to the importance of giving proper work culture environment which motivates the employees and this acts as a deciding factor for them to grow as well.

Dr. Khawaja believes that once the requirements of people are addressed, it is then only the company gets a proper track to essay its operations.

Hence, Dr Ahmad Khawaja as the real head of the organization has never shied away from mixing with the employees, to make them feel comfortable and special. Yes, that’s the aspect which has been highlighted as he believes that he is just like others who is playing its vital role towards the success of the organization. He emphasizes the need to be friendly amongst each other for a productive outcome for the welfare of one and all. 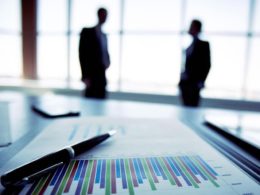 Knowing About How High Net Worth Estate Planning Works

There are many important tips about estate planning for high net worth families. One of these is to…
byZaheer
1 share
0
0
1 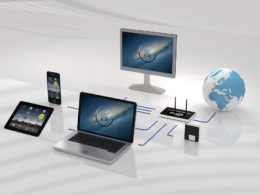 Are you planning to launch a startup e-commerce business? If so, this is undoubtedly the right time to…
byRadhe Gupta 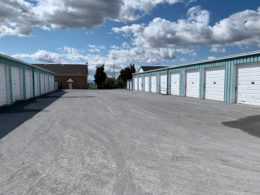 HOW CAN SMALL BUSINESS OWNERS BENEFIT FROM BUSINESS STORAGE UNITS IN BOSTON? 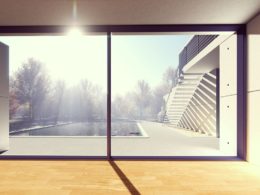 The economic effects that came with the covid 19 pandemic continue to trail companies and businesses. Business owners…
byRadhe Gupta