Dr. Andy Khawaja, the CEO of Allied Wallet: Awarded as CEO of the Year

Allied Wallet, a globally leading provider of online payment processing offering various payment solutions across the 196 countries all over the world, with its CEO, Dr Andy Khawaja was previously awarded as Corporate America’s CEO of the Year. Allied Wallet is known to have been blazing with a trail of innovation. The firm is leading in the payment industry with its award-winning services and the credit definitely goes to the team who puts all their handwork to witness the company growing. Dr. Andy Khawaja, being the CEO of the firm has thus, been commended for his centerpiece role in the company and for his vision that has encouraged the team to work with such a potential and ability to lead to success.

Allied Wallet has constantly been receiving the awards for its growth in multiple regions and the success is well known with more than 150 million users who have acknowledged the company at the first place when it comes to digital payments.

Dr. Andy Khawaja has been known as a world-renowned tech billionaire for his ability to create such an innovative service within his companies to help customers and merchants make easy and safe transactions without any trouble. This idea has made Allied Wallet such a huge success wherein his company could successfully penetrate the major markets with its unique service that has proved itself to be better than all other for even the people who weren’t receiving it from the beginning.

Dr Andy Khawaja of Allied Wallet says that he has found the company will all his leanings that he could gather during the course of his job in the retail business. It is then when he started realizing the existing gap among the customers and the owners, thereby thought of coming up with an idea to eradicate the trouble. He further says that he was roundly dismissed while founding the Allied Wallet and he still recollects it as he looks back at the history of the company.

He says that he has been in such a profession that appeared to be conducive to any honest and worthwhile living. The startup faced a lot of challenges initially as several people said that there’s no future in the e-commerce industry. However, with the growing time, it was proved that there’s indeed a bright future and that’s evident from the global presence of Allied Wallet itself.

He further adds on saying that he has always believed in hard work as nothing can defeat it ever! Also, he says that if someone is following his or her passion, nothing in the world would be able to beat it. Therefore, one should always have a firm belief upon his abilities and thoughts, and thus, keep working so as to achieve it persistently. ( Read also : Dr Andy Khawaja, Allied Wallet and Founder Recognized as ‘Fastest Growing Payment Solution Provider’ ) 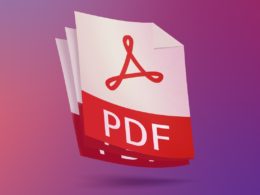 Once a PDF gets uploaded online, taking ownership of it is nearly impossible. Unless you place a watermark…
byRadhe Gupta

FATF: New guideline in Canada could affect the digital economy

How to check your CIBIL Score for free?

Contents1 What is CIBIL? And What does it stand for?2 Two Main Branches of Operations3 About CIBIL Score4…
byDanish