Eminem: the orthodox influencer or just a Free-spirited rapper?

Rumors around Eminem are on fire nowadays. People all over the Twitter are calling him a homophobic. Marshall, also called as Eminem is one of the most influential musicians of all the time and a legend for his fans.

A few days back, he released his surprise album Kamikaze and its follow-up single “Kill shot”. These two albums have broken two hip-hop records in 2018. Kamikaze has become the best selling hip-hop album of 2018. His latest single Kill shot got the third highest number of views (38.1 million) for music video within 24 hours of release. But that is not the only reason why he is in talks nowadays. Recently he is alleged to be a Homophobic which is why people are bashing him on social media and want him to be banned in the industry.

So what did he exactly do those people are so mad at him?

In one of his track named as “Fall” from his recent album, he mentioned the name of various artists in the lyrics and kind of insulted Tyler, the creator with some homophobic comments. The exact lyrics are ‘Tyler create nothin’, I see why you called yourself a (f*****), bitch. It’s not just ’cause you lack attention, It’s because you worship D12’s b****, you’re sack-religious. If you’re gonna critique me You better at least be as good or better”.


If you are a major fan of him you will know that this is nothing new. He is using some offensive phrases in the lyrics throughout his entire career. But nowadays people are becoming more sensitive towards these issues. He has defended himself multiple times in front of the media saying that the lyrics do not imply the literal meaning. He has no issues with gay or transgender.

The controversy is attracting a lot of attention. People are attacking Eminem on social media and want him to be cancelled for whatever he said. A fan tweeted,”His rap was really disturbing and hateful. What more disturbing is that the entire industry admires this person”.

On the other side, he has a strong support from his die-hard fans. He has a loyal fan following for many years. People are defending him saying that he is like that since the start and he is still the greatest musician of all the time. A person cannot be banned because of a simple thing like this. No one should be cancelled for being politically incorrect. This would be unfair.

Eminem had started his career in 1996, the time when using words like those were not a big deal. He is using the same way of expression since the beginning of his career. Then, suddenly the time started changing and people are becoming more sensitive for making such Homophobic comment.

READ  A blind woman wins the battle for being refused: Uber will pay her $1.1 m

Seems like Eminem is unaffected by the reaction of people on Twitter. This is how the way he is and he is not going to change. Although he had already apologized for what he said. People have every right to be offended but this is not the reason enough for him to be cancelled.

People might not support Eminem but there is no way that they will stop listening to his music. This kind of situation has happened many times and every time he has come up with even more enthusiasm. Maybe this is what motivates him. So, we do not think that it is something which will impact his career.

So, what is your stand on this controversy? Do you think that Eminem should be banned in the industry? Do let us know your views in the comment section. 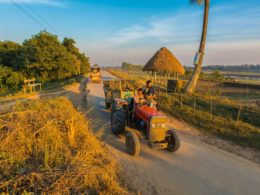