Hailie Jade, Eminem’s beauty influencer daughter has showed an exact natural face to glam makeup routine in a new tutorial video to her fans. In the video, it was evident that she had used all the affordable products. Hailie Jade Scott Mathers is an absolute stunner and she recently showed her fans about how she looks with her natural look before she actually underwent through the makrip products which she happens to use while showing the fans about how she applies the cosmetics in a new Tiktok tutorial video.

This 25 years old learnt to use the application on 23rd of January, and she has been putting it to good use before her fans. This video set to DeathbyRomy‘s song “Problems” in 28th of January was when she did appear for the face time with a fresh face in a mirror selfie while she was mouthing the lyrics, “I love you but I don’t. This is how I cope.” She then bent down and then she did pop up back on the show.

Then she shared the makeup products that she uses! In the video, it was evident that her eyes were already adorned in a light brown shade. Hailie did not show much of the details about how she did her eyes, but she just posted a simple tutorial for her facial along with her lip cosmetics. She lip synched the lyrics as she had been applying the foundation with a pink sponge to her forehead, nose, under eyes, and chin. She showed how she was dabbing and working with the product.

Hailie Jade then worked in “Revlon Photoready camera concealer.” She then put on “Maybelline Fit Me matte + poreless pressed power” while she was dabbing. After that, she used “Cover Girl Clean Fresh Pressed Powder in tan” with a pink brush. She then used the Becca highlighter in Moonstone, which Ulta Beauty describes as “A pale, incandescent gold – recommended for fair-light skin tones.” She applied “Mac lip pencil in Oak,” and the color was looking absolutely stunning on her. 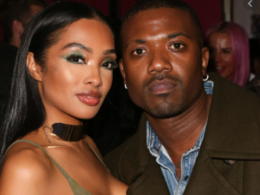 Ray J and Princess Love Are Living Together In Miami 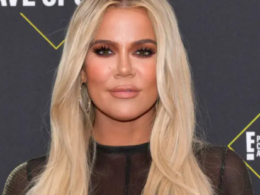 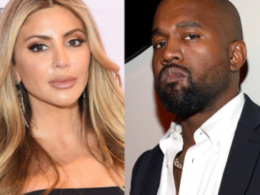 Larsa Pippen looks stunning in Unbuttoned Shirt With nothing Underneath

Larsa Pippen looks just fabulous and there’s no denial to that! Recently, she had posted a few images…
byZaheer