NewsDio Desk : Facebook has been very strict, concerned and highly watchful of the actions of ‘paid reviews’. Yes, it is cleaning its image of being a transparent, trustworthy social platform by removing the accounts which are charged of buying paid reviews.

The move is seen as an attempt to cleanse the image. It is true that paid reviews wrongly influence the users who feel cheated later on and then they rightly blame such platforms for not doing much about it.

The move also gains significance as the Britain’s competition watchdog has to show its objection for the second time. As a result, the social media platform has come in action by suspending 6,000 accounts for buying or selling fake reviews of products.

For preventing such practices to happen in future, Facebook is now seems to be very serious as it is undergoing a mechanism which will make it easy for them to detect whether the certain review is actually paid or not.

Yes, it will help them to detect the same and the same goes whether the specific content is bought or not.

Yes, the aspect has become very necessary as stringent detection mechanism has to be put in place with an idea to prevent such malpractices to happen in future.

The same holds true for the photo-sharing app namely Instagram which has to come up with strict measures as well.

There has been an official statement from Facebook which has said that the platform won’t allow any kind of deceptive activity on its platform and that also includes buying fake reviews.

See also  Proper Code Signing And How To Avoid Mistakes

Right from the year 2019, there seem to be a crackdown when the practice of buying paid reviews started to manifest in a professional manner. As the complaints by users has made it more obvious to detect and accordingly suspend such accounts. They become a leading problem for swaying the minds of the users who then later realize what they have gone through.

CMA is scrutinizing the methodology of the Facebook amidst antitrust surrounding at the time of technology’s acquisition of GIF website Giphy.

Facebook has sent an image to the world which is certainly not healthy as it was subjected to various criticisms due to data sharing practices along with promoting hate speeches as well as fake news.

The pandemic has necessitated people to use the online mechanism is a  more substantial manner and it is a common practice where before they go towards buying a certain product, they read the reviews first, in order to be very sure about the authencity and usefulness of the products.

This is where fake reviews tends to become a dangerous and highly deceptive phenomenon which can break the trust of the years with regards to the certain product, which they are actually purchasing.

There is rightly a need to create a digital market which should be created as a way to regulate the whole mechanism especially, in the current era where the digital platform has become the biggest necessity of late. How to exchange lTC for BTC on Godex 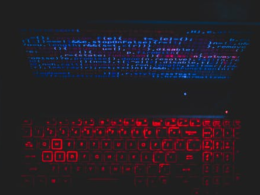 The Advantages of Using PC Gaming Keyboards and Keypads

As each day passes, the gaming world continues to grow. Aside from console gaming, most gamers, including the…
byRadhe Gupta Deciding to hire an SEO company isn’t hard; the most difficult part is choosing the right SEO agency.…
byDanish If you are an avid mobile gamer, there is no denying that you want optimum performance for the…
byDanish