However, considering the associated threats and uncertainties as the sporting activities will happen amidst the sidelines of Pandemic, and if you are equally too concerned about this aspect, then you have to make your own decision for now.

Do you want to book early and secure the seat by paying less or do you want to undergo ‘wait and watch policy’ and book at the last hour which due to limited seats may necessitate you to pay higher.

However, the crowds in Indiana seem to be always excited and they prioritize the game of basketball first.

READ  How to Bet Online Safely

Irrespective of the team fan you are, they have showcased their willingness to go and be a proud witness to the game. The same sentiments are echoed by one and all and so by Kiros Sistevaris, who is one of the owners associated with Circle City Tickets in Indianapolis.

The best mechanism to buy the ticket is right at the time, when you actually feel comfortable to do so.

However, given the craze and excitement, it is not hard to term that there is an increasing madness associated inspite of the ongoing pandemic and a March Madness ticket is obvious quite coveted.

The craze associated with March Madness

The tournament is going to be quite a big affair which involves 67 men’s basketball tournament games and they will take place across six Indianan venues starting from 18, till April 5th.

The previous year saw the absence of such game and based on the associated restrictions of Covid 19, the authorities have minimized the seating capacity so that they comply with the same.

There has been an announcement from NCAA where it has permitted up to 25% capacity with respect to all the available rounds.

The four venues are going to follow on the 25% seating capacity which will naturally put a lot of strain for the increasing fans who are excitedly looking to be a part of the sporting action.

While as per the version from Purdue University which said that Mackey Arena in Wes Lafayette will allow for 12-13% which amounts to roughly 1,850 people,

While Indiana University has taken things too seriously as it has only allowed for the attendance to just 500 for the first four.

So, the number will eventually become less, than expected.

Let’s hope that the event passes well, and may the best team wins. Recently, the star of Indian cricket team and their skipper Rohit Sharma is in the news after starting…
byZaheer 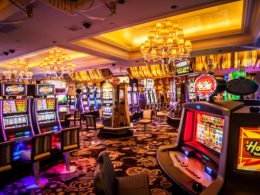 Online Vs. Land-Based Casinos: 5 Features That Boost Up Online Establishments!

The immense popularity of online casinos over the land-based casino is because of certain features. the classic mode…
byZaheer
2 shares
0
0
2 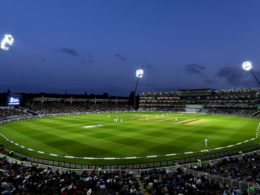 NewsDio Desk : Coach Ravi Shastri is all praise for the cricketers who have withstand toughest of the…
byZaheer 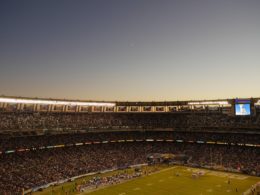