The instances of cricketers who have debuted India after crossing 30, are less, but they are very much there. Although, in the Instagram Live session where Irfan Pathan has categorically denied the possibility of any player to be selected, if he has crossed 30. Even though, to a great extent, he was quite right as his real essence could easily be related, yet there are few players who have actually played for the country, after turning 30. One of the best examples could be Suryakumar Yadav who inspite of turning 30 last year got the chance to be selected for upcoming T20 series to be held in England.

Faiz Fazal has been lucky to play for India after crossing 30. With an average of over 40, he has made total runs numbering 8404 in the first-class cricket. Right in the debut match which was the one where he represented India on the tour of Zimbabwe, he made a half-century. But unfortunately, he never got a chance again to prove his mettle again.

See also  5 Reasons Why You Should Play In Online Casinos.

India found quite a promising replacement in the form of Sameer Dighe, when the selectors were looking for a substitute for Nayan Mongia, under a new captaincy of Saurav Ganguly. Since MSK Prasad disappointed the fans. This is where the Mumbai keeper who almost believed to quit cricket in order to continue with studies in the USA, made an international debut at 31

In the year 1995, Utpal Chatterjee who was a veteran spinner debut in the Asia Cup. However, he was unfortunately failed to prove his worth as in the series with New Zealand, Martin Crowe seemed to have overpowered his skills and hence, he conceded 54 runs from 8.5 overs. However, he was never called again.

See also  Gods vs. Kings: Who will win with these Slots?

Sreenath Aravind – Only T20I at 31 years

Sreenath Aravind may have been in the limelight a bit late, but his existence was registered with a bang in the T201. He created magic with his ball and was adjudged as the highest wicket taker for Royal Challengers Bangalore where he took 21 wickets. Although earlier, he couldn’t register his existence, since he was mostly overshadowed by Karnataka’s other pacers, but he never knew that soon destiny has something pleasant in store for him.

Suryakumar Yadav – Included in the upcoming T20I series vs. England

It is said that consistent performance is always rewarded. The same holds true for the Mumbai batsman who aged 30, was giving noteworthy performance in the Indian Premier League for his team Mumbai Indians. Similarly, his performance in the domestic circuit was equally worth mentioning as well. Hence, based on his overall performance, he was included in the upcoming series against England. It is to be noted that Surya who was the captain for Mumbai in Ranji Trophy along with various other tournaments in domestic level has overall played whopping 77 first class matches with a total run of 5,326 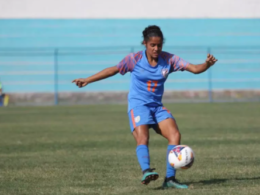 NewsDio Desk : Prince Philip, the Duke of Edinburgh who breathed his last at the age of 99…
byDanish Watford travel to League One side Oxford United in the second round of the Carabao Cup this week.…
byVicki Ward 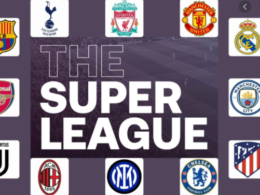 At the start of the week commencing 19th April 2021, there was a new European Super League in…
byDanish
1 share
0
0
1 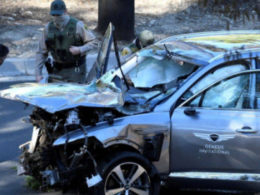 In shocking news for fans, Tiger Woods has injured himself in a car crash. He has suffered multiple…
byDanish