Four in the morning Movie Review 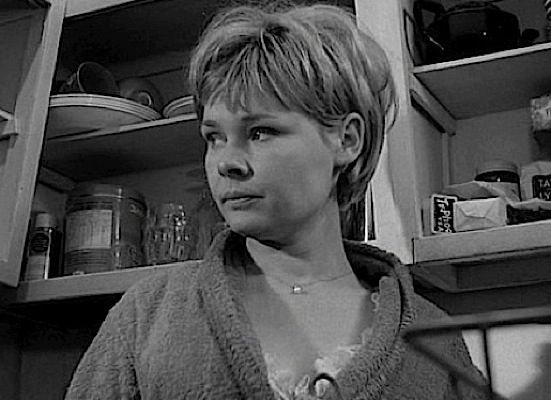 Four in the morning cast

Four in the morning Story

Writer and director Anthony Simmons highlights the crisis which the two separate sets of couples are going through. The plot holds importance and prominence and revolves around them as both of them are based in London. The movie in the beginning asks a very pertinent query whether there is any connection to the body of the young woman who is fished out from the river Thames or not? Well, one needs to watch it to know more.

So, what is the movie all about?.

Four in the morning offers a drama where the significance of this time of day holds great importance. Since, at dawn time, when it is pitch dark and the whole world is sleeping just at four in the morning near River Thames surrounded by fog, two parallel stories of couples move on. The cops fish out the body of a young woman and they are ascertaining the identity by checking any proof to come to the conclusion. Then there are two couples who are insecure as there is a lack of commitment and will to carry on further. There is a mother Judi Dench who is taking pains to care of her teething baby all by herself, and is dearly looking for her husband’s support Norman Rodway at dead of the night while her husband who is also a father of a tiny tot having little or no regard for the dual responsibilities,  comes home at 4 in the morning after attending parties. Her husband who is all soaked with drugs and smelling of the same naturally doesn’t invite any appreciation from her wife, as their relationship is slowly moving apart.

While side by side there is another parallel story of a couple. The man Brian Phelan walks with the singer Ann Lynn after her job, at four in the morning along the river Thames. Although they develop emotions, yet the man lacks commitment. The man in an instant action steals the boat which amuses the lady, due to his impulsive nature. Although, their relationship seems to be going great guns, yet the man is all in anger, when she hears the lady about how she loves him. Then they realize that there is nothing left in the relationship as it may potentially turn sour. As the man is afraid of undertaking responsibilities while being in the relationship but is dearly looking for affection. Soon the lady start to have second thoughts.

Now, the million dollar query is the victim (lady) who is fished out of the Thames. Is she Judi Dench, Ann Lynn or someone else?

The plot specifically implies the fact that both the woman are surrounded with immature and careless men as they are very self centered and are with the ladies for their own benefit and pleasure. Now, it is left for the audience to ascertain and make a decision regarding any proximity to the dead body whether any one of the ladies have met the same fate or the body is of someone else.

The sequence of events are visually captivating and beautifully shot that they give such a nice and spectacular view of the whole surroundings, especially that of the river Thames.  The movie becomes even more interesting once it nears the end, thanks to the mystery surrounding the dead body. Every scene is doing justice to the thought process which is behind creating them, since the storyline gives anyone wanting to know as to what is going to happen next.

Four in the morning ending

The two women are shown to have endless bad experiences with their respective men. While Dench was seemingly sad and depressed as to how things started to unfold after she and her husband should have rightly taken their respective responsibilities both as spouse and a guardian to the baby. However, the lady seemed to be in an endless waiting spree for her husband who never seemed to come back as she was immature and insensitive to the whole situation. He was inact living the life of a carefree man, who is not seemingly ready to take the responsibilities. Hence, she is also at the dead of the night, badly needing her husband’s support as she is sick of the whole situation and rightly tired about the fickle nature of her husband.

Judi Dench gave her flawless acting and she won her first BAFTA award. While the fate of other woman Ann Lynn was no different as she really wanted her boyfriend to reciprocate the love she had bestowed on him. Although the ending may be slightly abrupt, the movie uses pullback shots that are going to be active in the mind for the time to come. The movie offers a gloomy phase, yet a great learning experience for the world to take note and not to repeat the mistake, for obvious reasons.

Learning from this movie

The movie tells us to make decisions of life wisely. Yes, we need to be sensible and mature when it comes to taking several decisions and more so when our lives are totally dependent on the same. Consider the lives of two women who are somewhere feeling that they have committed a mistake by choosing the partner who is not ready to take the responsibilities. They would be learning the fact that their partner should have been dutiful but the reality is different. Hence, the movie time and again clearly gives a lesson for everyone including women folks to be cautious and careful regarding the partner you are ready to spend the life with. It is not a child’s play that you can change the partner since by nature women need safety and security and only a trustworthy partner can help in giving the same. Hence, it is a lesson for the future generations to be extremely cautious and if needed you should consult with experienced people as they can better guide you for obvious reasons. Or else life becomes depressed with nowhere to go. Since, usually, it takes a lot of courage to fight with one’s own self and to become strong and say ‘No’, when you really feel that you shouldn’t choose a man who has a bad or carefree nature.