Genshin Impact has issued an advisory as an in-game notice today suggesting players to link phone number and email address to their account. This has been done in the wake of hacking attempts reported earlier.

For safeguarding the security of account, it is advised to different travellers to follow below steps for linking email address or phone number to their MiHoYoaccount.

This has to be done by everyone if not done already.

Genshin has literally been a victim of the security exploit where email addresses have reported to be leaked through the game’s forums at the earliest.

It was just last week where a player highlighted how the customer support has been not so vocal towards taking further stringent steps, as its respresentative claims that it is not possible for hacked accounts to be recovered, especially if a hacker spends real money after stealing the account.

The series of customers facing the same issue has certainly created series of tensions and worries where many content creators have examined that their accounts have had faced hacking attempts in the past few weeks. .

The game’s subedit has seen thousands of queries or concerns from affected players who don’t know what to do. This has indeed seen the most severe and highly toxic impact of how things have unfolded as of late. The mere vast numbers of such posts necessitated the moderators to push the hacking related posts out of Reddit, where a new subreddit which concerns with security breaches has been created.

There has been reports by various sections about players losing hundreds or thousands of dollar after their accounts have been compromised. Currently, due to the prevailing scenario MiHoYo is unable or showing lack of interest to offer in game compensation or refunds, while the move has forced many to charge back their purchases.

However, considering the overall scenario which is prevailing currently, MiHoYo has done loads of encouragement and sensitized people to secure their account. But, the big question is will adding phone number and email address finally prevent hacks?

Well, concerned customers have got in touch with MiHoUo regarding the same especially in the current scenario where hacking attempts have been a spurt. The thing which comes out is the need to add two-factor authentication to Genshin Impact’s login process.  This will prove to give much needed stability and prove to be a highly stable factor which enhances the Genshin Impact’s login process. However, in order to add this feature, the studio has to still comment on the same.

The good aspect is that Genshin has been sensitizing the users for keeping their account safe and secure and to work towards preventing the hacking attempts.

This would certainly create an added mechanism to ensure the safety and security of account as it will prevent other customer from saving their accounts and thus creating a more viable and safer approach towards creating a systematic and satisfactory side through the process of operating the account. 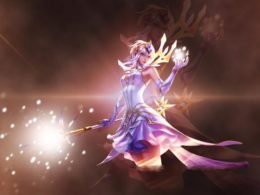 Lolfinity 26th December 2020, the good news to all the lol game lovers is getting a smurf account…
byZaheer We have been waiting for years and nothing came out about the development of The Elder scrolls 6.…
byZaheer