As technology has been doing great, there is consequently an immense threat to the users’ data security at the same time. The LGBT dating app, namely, the Grindr had recently encountered an 8.5 m pounds fine for selling the user data to the advertisers without the former’s consent. The Norway data protection authority has recently plan to levy a fine on the platform 100 m Norwegian crowns, or approximately 10 percent of Grindr’s global revenue according to the estimations made.

This famous social networking application for gay, lesbian, bisexual and trans people has got a time span till 15th of February in order to respond to the case. A spokesman for Grindr has recently set it to the media that it has obtained a valid legal consent from all of its users in Europe on several occasions. It further made a statement that it has got us stronger user privacy among all the other social media applications available in the concerned category. It added, “We continually enhance our privacy practices in consideration of evolving privacy laws and regulations, and look forward to entering into a productive dialogue with the Norwegian Data Protection Authority. Our preliminary conclusion is that the breaches are very severe.”

As a result of the data breach, this app has extracted the details of the users’ age, location, information and gender that can confirm the sexuality of an individual. It is being said that the users can be targeted with this information in several countries where homosexuality is illegal. The Europe’s General Data Protection Regulation (GDPR) had set several guidelines for the collection, processing and sharing of the personal information in the European Union as well as in non-EU Norway. Tobias Judin, head of the Norwegian Data Protection Authority’s international department said, “If someone finds out that users are gay and knows their movements, they may be harmed. We’re trying to make these apps and services understand that this approach – not informing users, not gaining a valid consent to share their data – is completely unacceptable.”

According to the reports and updates that are received so far, it is being estimated that Grindr has shared the information to several third party users and it is now a big question to see whether these third parties are now going to abide by the users’ compliance or not!

Mp3juice is the best for music lovers. Everyone spends a lot of time in music during the holidays…
byZaheer
4 shares
4
0
0 The good and fine day of Wednesday turned out to be not that fine for face book, twitter,…
byZaheer 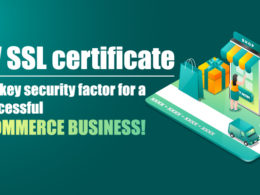 Safeguarding your e-commerce business has taken a new notch than the earlier times. With the rampant atrocities taking…
byZaheer 6 Essential Things You Need To Know About PDFBear

The world is evolving day by day, and in line with that is technology. With its rapid growth,…
byZaheer