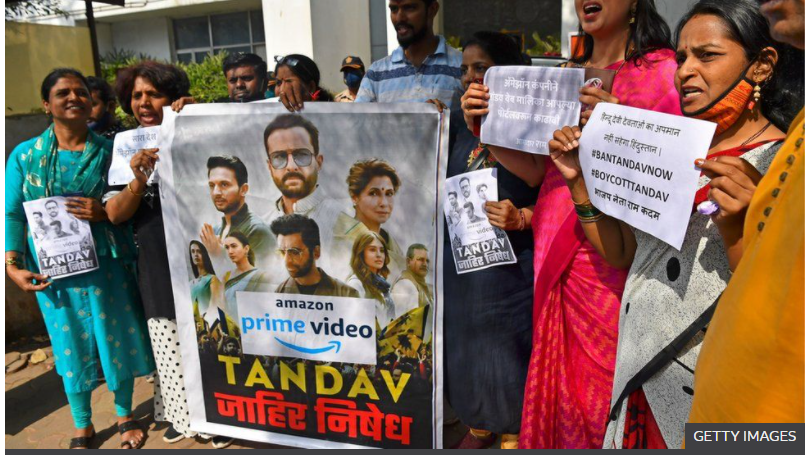 There is no denial to the fact that Amazon Prime is one of the most popular streaming services that we have! All of us love watching our favorite shows and series in our leisure time and definitely, we have a lot of options available to us on the show. Besides, this streaming platform is getting a good amount of response from India as more and more people are seen to spend time watching shows on it. One of the series, Tandav came up on the streaming platform but there has been a lot of controversies in regard to the contents of the show. The cast and crew of Amazon Prime is recently said to have demanded an apology as the political drama was accused of having contents that were sensitive to the Hindus, and posed a threat to the culture and religion as a whole.

The Hindu politicians actually called for the show in order to remove those scenes. The complaints have been filed to the cop. Even a member of the ruling BJP party had said, “deliberately mocking Hindu gods.” The show stars some of the popular actors including that of the Bollywood A-lister Saif Ali Khan and is loosely formed on the hit show, named the House of Cards.

A controversial term in India, regards to one of the criticised scenes which shows a university play in which Hindu god, Shiva is seen talking about “azadi” (freedom). Ali Abbas Zafar, the director of the show, wrote it in a statement posted on the Instagram and Twitter on Monday, “Tandav is a work of fiction and any resemblance to acts and persons and events is purely coincidental.” He added along with it saying, “The cast and crew of Tandav… unconditionally apologise if it has unintentionally hurt anybody’s sentiments.” He even said that the India’s ministry of Information and Broadcasting has told the cast and crew, “a large number of grievances and petitions… with serious concerns and apprehensions.”

A BJP leader, Ram Kadam, who is also a local legislator in the state of Maharashtra admitted that he has lodged the complaint to the police. This film is also said to start drawing criticism from different members of the Hindu nationalist Bharatiya Janata Party post its release on Friday. The police were also stationed outside Khan’s house in Mumbai on Sunday.