How can Social Anxiety Disorder be best explained?

Social Anxiety disorder is quite common these days. Here, the affected person is afraid of social settings, as the other name for this kind of disorder can be ‘social phobia’. People who have similar types of behavior, don’t like to mingle with others. They prefer to be within themselves like they neither want to attend social gatherings nor want to talk to people. They have the fear of being monitored by others. Even though that may believe that their fears don’t hold any ground, yet they feel helpless towards overcoming them. However, things may change for better, by referring to sites such as BetterHelp.com where you get to know a new approach towards life.

If you thought that social anxiety and shyness are similar to each other, then think again. While the former is long-term and can potentially disrupt the life of an individual, there is nothing of that sort, with the latter. Although, One can seek help from an expert for social anxiety disorder treatment.
Social anxiety may create an effect in an individual with regards to

Cause of Social Anxiety disorder

While the exact cause of social phobia can’t be determined. However, there are researches which put two factors responsible and these are “Genetics” and “Environmental factors”. There are certain negative experiences which can also add on the woes with the inclusion of:-

Anxiety disorders can be a part of the family system. Since, as per the research, there isn’t a clear cut mechanism or thoughts present on the same. For example, there is a possibility for a child to develop an anxiety disorder, if one of his parents has actually experienced the same. There are certain children who may inherit the same, if their upbringing is done in an overprotective or controlling environment.

There are certain symptoms which come in the category of Psychological symptoms and they are as follows:-

Although, what many of you don’t realize is that, it is perfectly fine to feel anxious. However, due to the unfortunate aspect of social phobias, you start to generate fear constantly, that others are going to judge you or humiliate you in front of the masses. Hence, you tend to prevent yourself towards avoiding the situations which are as under:- 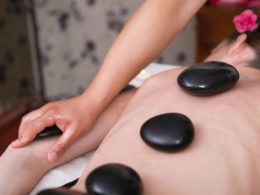 How to take care of a paralyzed patient at home? 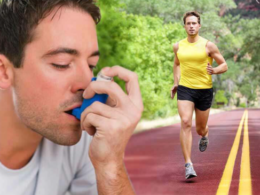 4 Tips to Overcome Asthma when You Exercise

A number of people who have asthma, tend to find exercising more challenging than others. Exercising is a…
byZaheer 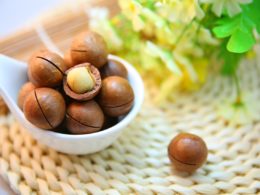 WHY SHOULD ONE CHOOSE PLANT-BASED PROTEINS?

Fitness freaks and health practitioners are concerned about the amount of proteins, minerals and vitamins that they consume…
byRadhe Gupta Jogging is a great way to exercise. It allows you to improve your health by strengthening your muscles…
byRadhe Gupta