Like any investment vehicle, forex is often unpredictable and capable of causing you to lose considerable sums of money over time. In fact, this market is arguably more volatile than most, thanks to its highly-leveraged nature and the fact that you can lose far more than your initial deposit.

However, the global forex market sees an estimated $6.6 trillion traded every single day, so there’s no doubt that it holds a broad appeal amongst investors and has become increasingly accessible during the digital age.

In this post, we’ll explore the market in further detail, while appraising the conditions in which it’s possible to achieve a profit.

Exploring the Basics of Forex Trading

According to a study conducted by FXCM Inc. in November 2014, an estimated 68% of investors had incurred net losses from trading currencies during the previous 12 months.

However, it’s thought that this is largely due to a fundamental misunderstanding of the foreign exchange, which encourages investors to see it as a quick way of earning money rather than a market that requires knowledge and determinism to conquer successfully over time.

At the heart of forex market trading is the concept of leverage, which is related to margin and linked to profitability in the sector.

In simple terms, leverage refers to the amount of capital borrowed from a broker to open a forex position. Conversely, margin is the relative amount needed to carry out a leveraged deal, also taking into account spread and currency conversions.

The application of leverage helps traders to optimise their exposure with minimal equity, creating a unique opportunity to increase profitability and pursue gains that are far in excess of an initial deposit.

Herein lies the primary challenge associated with forex trading, as the concept of leverage also makes it possible to lose considerably more than your capital holdings. This means that it’s possible to incur large losses from a single position, especially if you don’t deploy risk-management measures or build your portfolio with a deterministic outlook.

Can Forex Trading be Consistently Profitable?

As we can see, it’s perfectly possible for forex trading to be a profitable endeavour. However, it’s unclear whether profits can be sustained over an extended period of time, and why this should be the case?

Initially, the key is to access leverage in a responsible and limited way, in a bid to strike the ideal balance between risk and reward and minimise potential losses in line with your capital holdings.

On a similar note, utilising key risk management tools such as stop losses can help to reduce loss and drive higher levels of profit on a consistent basis.

Stop losses enable you to automatically close your open positions once they’ve incurred a predetermined level of loss, preventing these from escalating in a volatile 24-hour marketplace.

When it comes to building your portfolio with specific currencies, it’s important to start modestly and initially focus on major pairing such as GBP/USD, USD/JPY and the EU/USD. These pairings are highly liquid and relatively predictable (especially in the case of the USD/JPY), while you’ll also be able to source high volumes of data and insight into future price movements.

You can look to develop your portfolio and scale your efforts as your profitability grows, while potentially looking to integrate minor or emerging currencies in the process. 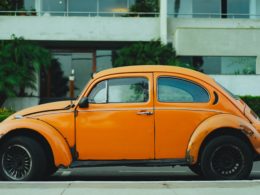 When is it time to buy a new car? For many of us, the answer is probably something…
byDanish 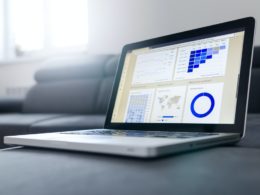 Data management is a process of collecting, storing, and using data in secure and efficient ways. Data is…
byDanish 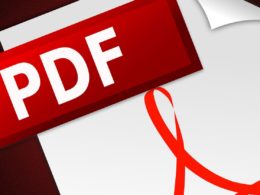 There are many reasons why you should convert a Microsoft Word document into PDF. Regardless of your reason…
byDanish 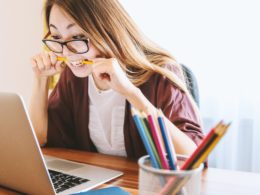 If you are anything like me or the other five billion people in the world, you are a…
byDanish