Huawei is planning to sell Honor, its budget smartphone brand unit at a tag of 100 billion Yuan which is roughly around 15.2 billion US dollars. The deal included the Digital China Group, as well as the local government of Shenzhen, the brand’s home town. The Digital China Group happens to be a potential buyer of the Honor’s subsidiary. As per the new report from Reuters, the company is planning to sell its sub brand for a large amount to the local government andote.

Huawei is apparently looking forward to selling its Honor unit since it is encountering a wide range of supply constraints because of the US sanctions. Besides, the company has lost its chip supply and has got a budget oriented line that shall put more strain on its dwindling chip inventory. Huawei is currently not hoping for any kind of change in leadership, and there seems to be no imminent alterations in the policy that might be favorable to its position. Although Joe Biden has taken over, there is still a good amount of allegations regarding security risks.

Honor Terminal Co Ltd was earlier owned by Huawei and the transaction is going to have Digital China finance the bulk of the deal via bank loans which shall further supplement at least 3 investment firms which would be backed by the government of financial technology hub Shenzhen. The firms would highlight around 10 to 15 percent of the shares, and post the deal, it is pretty evident that Honor is still thinking of retaining more than 7000 employees, work force and management as well. Also, we have got to know from our sources that it is planning to go public in the next 3 hours. 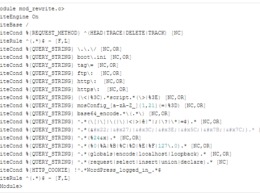 WordPress, as all CMS does, has several potential vulnerabilities. Some of them are SQL injection, DDoS attacks, and…
byZaheer Importance of learning the details in Forex market iPhone 12 review: After spending my first 48 hours with the smartphone

The beautiful day comes every year in the 2 week of May. This time due amid the novel…
byZaheer