Hyundai Urgently Recalls Nearly 390000 cars in the US and Canada over fears that the engine could Explode-even when the vehicle is Turned OFF.

HYUNDAI is recalling nearly 390000 vehicles because water can get into the antilock brake computer, cause an electrical short and possibly an engine fire. The company said that the electric short can cause a fire even when the cars are turned off. The company stated that two problems can cause engine fires. In one recall, owners are being told to park their vehicles outdoors until repairs are made.

The largest recall covers more than 20300, Santa Fe SUVs from 2013 through 2015. Some are being recalled a second time. In order to tackle the situation, the US National Highway Traffic Safety Administration has asked the owners to park outdoors and away from structures until the problem is fixed. Dealers will replace a fuse (and replace the computer if necessary). Owners will be notified in June.

Various number of fire incidents have been reported. The brake computer problem alone has caused many fires in the US, although no injuries were reported. Both Hyundai and Kia have been facing government ire in the US for not issuing recall orders previously. JAKE fisher, senior director of consumer Reports warned that “Recalls should always be taken seriously especially when there is a potential for a vehicle fire”. He added that” Consumers can’t risk putting this one off and should have their vehicles repaired or soon as a fix is available.

READ  Changes In Body That You Should Not Avoid

HYUNDAI says the recall “ enhances the remedy” from one issued in September of 2020. The company says , it kept investigating after the September recall and found that replacing the fuse would reduce the safety risk.” HYUNDAI is conducting this new recall to ensure the safety of its customers”, the company said in a statement.

The new list of recalled vehicles – which now include Tucson SUVs from the 2016 through 2021 model years, adds to a campaigning announced in September 2020 because problems with the antilock braking system (ABS) could cause a fire. Similarly kia also recalled the 2019 stringer sedan for same problem. The other Recalls cover nearly 187000, 2019 and 2020 Elantras, and 2019 through 2021 Konas and velosters. HYUNDA spokesman Michael Stewart told consumer Report that in addition to parking the Tucson outside, the owner should take these important precautions if the ABS warning light illuminates on the dashboard :-

READ  How to test the quality of shilajit at home?

Does your Hyundai has a recall?

You can check whether it is affected by entering your VIN into Hyundai safety recall checkers. The VIN is mostly written on the passenger side of your vehicle dash. You can also contact Hyundai through Telephone.

Now you may wonder what is VIN

VIN :-  vehicle identification number  is a code unique to individual vehicles, which is used to identify the vehicles manufacturer, general characteristics ( such as the model and body) and specific identifying features ( such as model year, engine and transmission) .

What happens if the vehicle has a safety recall?

If your vehicle has any safety recall, the company will advise you what the next steps are They will ensure you can continue to operate your vehicle safely.

You might be thinking that if your vehicle has a safety recall, are you liable for the repair and replacement cost?

Well the answer is No. There is no additional cost to you for the parts or labors where the work is carried out by an authorized Hyundai service center.

And Finally what to do if the vehicle catches fire while driving?

Always Remember safety is the first and foremost priority. 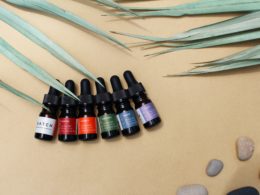 What are the Health Benefits of CBD Honey Oil? 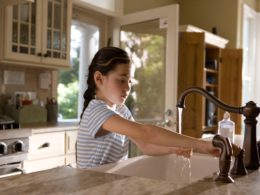 Top Tips To Keep Your Kids From Getting Sick

As a hardworking parent, it’s hard enough to keep yourself healthy and feeling on top of your game,…
byZaheer Introduction Blurry, unclear or burning eyes is a common eyesight problem. Any trouble with any of the components…
byZaheer