We are all well aware of the staggering statistics associated with China that almost always manages to shadow India’s numbers. China’s effective centralized decision making coupled with an absolute crackdown on any form of dissent against its policies has enabled the country to become quite effective economically while making use of free market forces simultaneously.

The per capita income of the country is almost 5 times that of India’s. India’s manufacturing industry is 1/10th the size of China’s. These numbers are thrown around quite often & there’s rarely any dispute with respect to these numbers but there are frequent debates on whether India has any opportunities left when it comes to achieving a glory similar to that of China’s in the coming decade.

Today we take an industry into question that is not exactly standardized and relies heavily on people’s tastes & preferences [We already know that it is nearly impossible to compete with China’s standardized manufacturing capabilities]. The Industry in question is the furniture manufacturing Industry.

For many importers, the end of profitable business with China was threatened long before the advent of the pandemic due to the sanctions issued against China by Trump’s office. Although Trump had a fair share of critics internationally as well as domestically, there were several countries that did follow suite to counter China & soon the world realized who the real winners of the trade war were [Source: US News]

Furniture Industry: The Numbers & The Facts

As of 2016, China accounted for almost 40% [in terms of value] of the Global furniture production market. USA clocked at 12% followed by countries like Germany & Italy & lastly India @4%. That’s a gap that seems quite large to bridge in the coming decade without radical policy changes. However the same publication that reports these figures also reports that the growth in the Industry is not likely to sustain for a long time – [Source: Panel Furniture Asia]

This is simply because economic growth comes with prosperity which means more public spending which eventually leads to prosperity among the Chinese people. Prosperous Chinese people will demand higher labour wages which will increase the cost of the sourcing from China. This defeats the very purpose of sourcing from China by the western countries & is also an opportunity for India in this decade while our labour rates remain much lower compared to that of China.

There are other factors at play too, says Dhritiman Ranawat, Founder of Furnitureroots, a hospitality & specialty furniture manufacturing firm located at Sangariya Ricco Industrial Park. These factors simply cannot be quantified but the trends are visible to anyone within the industry.

The 2000s & early 2010s witnessed a large demand for furniture that was modern in nature. Furniture that were designed with materials that were not so common or at least seemed to be made from futuristic materials. The market was simply bored with furniture of the old & they wanted a change.

China emerged as a manufacturing behemoth sometime during the middle of this shift in tastes & was able to capitalize on it due to the ease of access to capital goods, since modern style furniture did not require much more than access to great raw materials & capital goods.

However, in recent times, it appears that tastes have shifted again, due to the very same reason. While modern furniture still does remain in the limelight, there is a growing market for furniture that blends the two styles of furniture in order to get the best of both worlds. That is stunning designs & durability at the same time.

This makes it an even battle field for both the companies to compete. Seeing the potential of this, it is also likely that the Government is likely to facilitate easy access to capital goods to Indian furniture entrepreneurs to enable them to continue thriving.

Additionally, creating these variations of modern furniture will also require a touch of craftsmanship & heritage wood working capabilities. Thankfully, this is one of the areas where India has an edge over Chinese manufacturers. 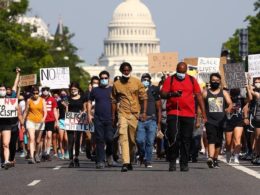 Why Should a More People (at Least) Minor in “Political Science”? 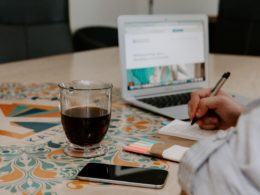 A Short Guide On How To Write A Research Paper

Writing assignments are among the hardest for students. Creating a good term paper, essay, or research paper requires…
byJhon Dew 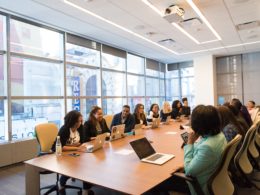 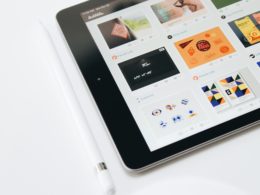 Graphics is one of the important features which are required in every aspect. You need to have a…
byZaheer