Indian Idol 10 singer Renu Nagar is now out of danger

Renu Nagar is currently out of danger, but she is not discharged yet. He has revealed about the fact that Ravi Shankar, her boyfriend, has died after an argument with his wife. Recently, Renu was admitted to the ICU in the hospital in her hometown, Alwar, Rajasthan. Her brother had finally revealed that she is no more in danger right now. Akash Nagar told Times of India that the doctors have not discharged her yet. Renu was admitted to the ICU after his boyfriend has committed suicide. Akash said so after addressing Ravi as Renu’s friend and not boyfriend. He went on saying that Renu went into a shock after hearing about Ravi.

While talking about his sister, Renu’s relationship, Akash said that his sister went into a state of shock. She fainted after hearing the news about Ravi’s death. He added on to it by saying that the two had eloped from the house around a month ago, and the father of the Indian Idol star has filed an FIR against Ravi for brainwashing his daughter.

However, both of them returned back on 24th of August. The police further arrested the man but he was eventually released from the prison after Renu had recorded her statement on the sans. Renu stayed with her family in Bharatpur while Ravi went back to his hometown to stay with his wife and kids.

Investec to demerge its asset management business worth 109 billion pounds Since the fans of SSR demand for justice, they want to see the end of this case. Recently,…
byZaheer

Uses for face masks with logos

COVID19 has changed the world in many ways. Our way of living is not the same as what…
byZaheer 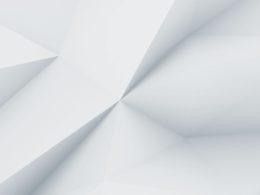