In MediaPlanet’s London Technology, Dr Ahmad Khawaja, has been up discussing the current state of his e-commerce merchant services. He also talks of the payment processing solutions company, Allied Wallet, and the working prospect of the organization on the same note. He even placed his opinions on the fintech industry and London as a global tech hub. In Ahmad Khawaja’s interview, he was also seen to reveal his motivation for starting up the business and the challenges that he has faced in bringing it to life. Yeah, he said that Allied Wallet has been a dream to him, and he had to work really hard to bring it to the position that we could see it today.

Ahmad Khawaja had always realized that he needed to come up with an idea that would eradicate the existing gap of the users and throughout his work experience in different industries, he could make out that the world needs ways to avail safer means of transactions and thus, led to the innovation of Allied Wallet. Dr Ahmad Khawaja told London Technology, “I didn’t see anything that made [the internet] easy and secure for consumers to conduct online transactions using credit cards or other types of payment. That gave me the motivation to build the technology to make it happen.”

Ahmad Khawaja‘s interview is very positive as a whole, as he always ensures that his speech carries a message for the struggling entrepreneurs to keep trying hard and not accept the defeat despite all the odds that may come along the way. Dr Ahmad Khawaja is as inspired as he is inspiring. He continues to maintain excitement for what is to come, as he says that the audience can expect some new releases this year. He says that Allied Wallet is growing every year, and he assures that it won’t remain in just a place ever. He adds on saying that he believes in the fact that one needs to keep dreaming and growing as there’s no horizon to it.

Ahmad Khawaja said, “Technology is about being creative, so when you come up with a great idea, don’t put it off.” Hence, Allied Wallet will go on innovating itself and upgrading with the technology. He says that Allied Wallet will never stop growing. It would change with the growing demands of the users. He added onto it saying that Allied Wallet has been a dream to him and he would make sure that this dream turns really big, not just for him but for the rest of the world as well. On that note, he says that at the same time, Allied Wallet will make sure that today’s youth is inspired and motivated. The world needs more smart and talented youth to come up with their entrepreneurial ideas to promote the growth of the economy as a whole.

Among the many global FinTech companies, Allied Wallet stands to be one of the most renowned one in…
byZaheer 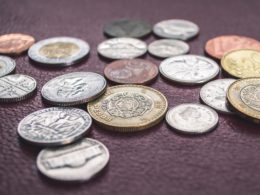 Cash Loan vs. Credit Card Cash Advance: Which is Best for You

Having enough savings is a must when it comes to managing finances well. However, not everyone has readily…
byZaheer
1 share
0
0
1

Dr. Ahmad Khawaja is the CEO of globally leading payment provider Allied Wallet. It is needless to mention…
byZaheer