Zooey’s boyfriend, Jonathan Scott penned a touching message for the star when the former has been turning 41 years old. Happy birthday, Zooey Deschanel from all of us as well. Well, the Property Brothers star, Jonathan Scott wrote a text in honor of the Elf actress and this hilarious and sweet message got everyone’s attention over the social media. Jonathan turned 42 years old and he had been dating Zooey since 1 year now. Jonathan had further shared an Instagram Gallery full of their memories and even there was an image wherein they were shot at a Halloween party together. They looked really cute together and happiness reflected on their faces.

Zooey looks gorgeous as always and in one of the pics, we found her holding a handful of flowers. Jonathan has penned a beautiful message, as an ode to his love. This is what he wrote, “Today is my favorite person’s birthday.” Along with that, he also added, “You are caring, talented, hilarious, sweet, and just as beautiful on the inside as you are on the outside. I know we can’t celebrate like we did last year, but I have a few surprises up my sleeve.”

Jonathan concluded as, “You fill my life with so much joy.” His message came 5 months post the two had celebrated their 1 year anniversary. Zooey, in one of her 4th August message has written, “One year ago today, I met this kind, caring, hilarious, generous, creative, nerdy, handsome and all-around incredible human.” She added, “I am so grateful for every smile, kiss, hug, snuggle, laugh, scrabble game, escape room, breakfast, lunch, and dinner we share together.” On the other hand, Jonathan has written as its response, “time flies when you’re having the best time in your life.”

A glimpse of Jonathan and Zooey’s love story

The two actually went public about their relationship on September 2019 and until then, we got to know that the couple had first met each other while they were filming an episode of Carpool Karaoke: The series. They were even spotted to hold each other’s hands. Talking a bit about Zooey’s prior marriage to her husband, Jacob Pechenik, the two had actually separated in 2020 and they even had 2 kids, a daughter named Elsie and a son named Charlie. 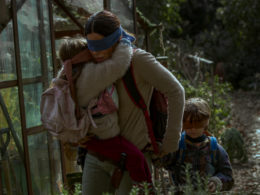 Ever since bird box 2 was released, people have been wondering what it’s about. Bird box 2 is…
byNatalie Grace 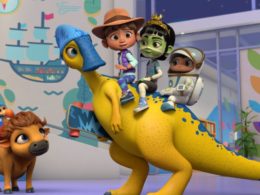 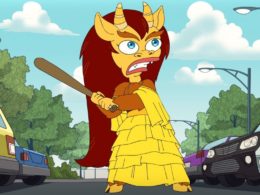 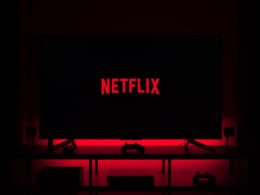 As more people demand the freedom to watch everything, it’s becoming increasingly popular to learn how to change…
byJacqueline